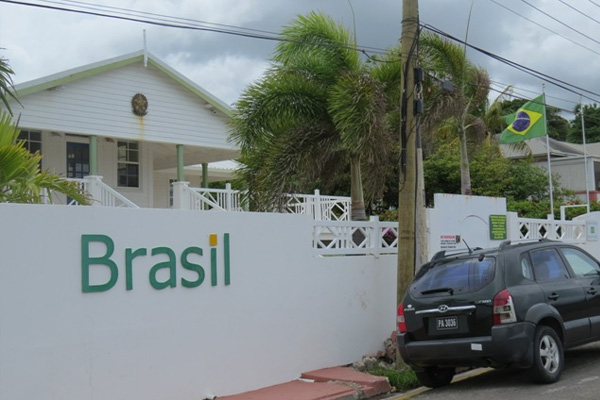 Brown Hill, Nevis (CUOPM) — Although the Partial Scope Agreement with Brazil and Guyana was signed since May 2012, nothing was done when the Hon. Patrice Nisbett assumed the portfolio of Minister of Foreign Affairs.

“There appears to have been a deliberate attempt by some not to pursue this agreement which when completed, would bring direct benefits to the over 3,000 hard working men and women gainfully employed in the Industrial enclave on St Kitts,” Minister Nisbett said at a Federal Government-sponsored “Conversations For Progress” at the Brown Hill Basket Ball Court as he reported on the several achievements and accomplishments.

“Again, I have arisen to the challenge having heard to calls for help and leadership from my colleagues in Cabinet and the manufacturers to do the right thing. As I give the report, I say to you, the agreement has been ratified by the authorities in Brazil, who have now advised of the final negotiations to give full voice to the agreement. Another example of bold and decisive leadership when it matters most-that is what I am about,” said Minister Nisbett, who is also Minister of Homeland Security, Labour and Immigration, Justice and Legal Affairs.