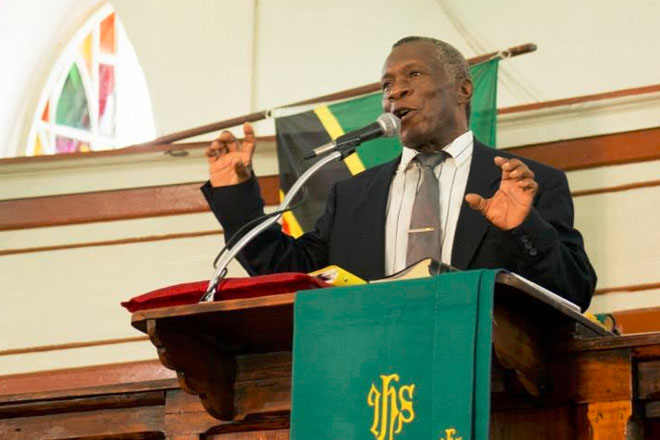 Pastor Calls for the Entire Community to Contribute to Nation Building

(ZIZ News) — “Nation building is not a one person job. It is for every individual, every citizen, to put your hands to the plough, put your shoulder to the wheel and do something to help your nation to move forward,” was the message of Pastor Arthur Freeman of the Nevis Church of God of Prophecy, when he delivered the sermon at Sunday’s Independence State Service.

Pastor Freeman called for all Kittitians and Nevisians, particularly politicians, to collaborate on issues that can benefit the country.

“I told my folks in church listen, if you don’t agree with certain things tell me. Tell me how you feel about it. Don’t be afraid. I’m not going to get angry with you because we are working together for the same common cause. Nation building is not for one political party. It is for every individual and everyone has his role to play and if we play our role well, we’re going to get success,” Pastor Freeman said.

The Independence State Service garnered support from a number of public and private sector entities, including the local passenger ferries which provided free roundtrip services for Kittitians to attend.

While on the ground in Nevis, our Senior Reporter Jaedee Caines said the boats were packed and the general mood of the patrons was one reflecting satisfaction.