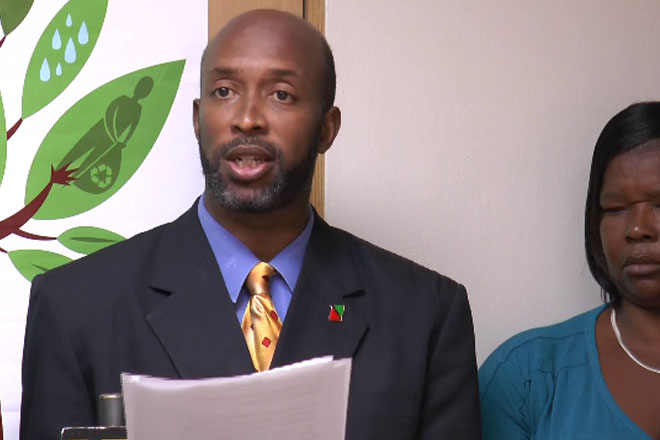 (ZIZ News) – The workers at API Harowe Servo will be getting a nine percent pay increase and additional bonuses, next year, following the signing of a collective bargaining contract between the company and the St. Kitts-Nevis Trades and Labour Union.

The signing took place on Friday morning at the Department of Labour, following extensive negotiations between the parties involved.

President of the Trades and Labour Union, Joseph O’Flaherty said they were pleased with the final document which covered several issues, including wages and workplace safety.

He said, “The Environmental Health and Safety Committee has been allocated more resources in the employers budget in this new contract and of course, the workers shall begin to the union negotiated 9% wage increase for all workers starting January 2016, along with a new regime of productivity bonuses and benefits for performing workers.”

The contract also included specific healthcare benefits for the staff, including yearly medical checkups, and a group medical insurance plan.

Minister of Labour, the Hon. Vance Amory commended both groups for sorting their differences in a peaceful manner, adding that “this is the type of environment which I would like to see for the labour market in St. Kitts and Nevis. I believe that we can achieve more in our discussions and negotiations if we do so in an atmosphere of peaceful coexistence, recognizing that the employer has the need of employees and likewise employees need to have employment.”

The contract will now govern the relationship between the management and staff at API Harowe from the period 2016-2018.