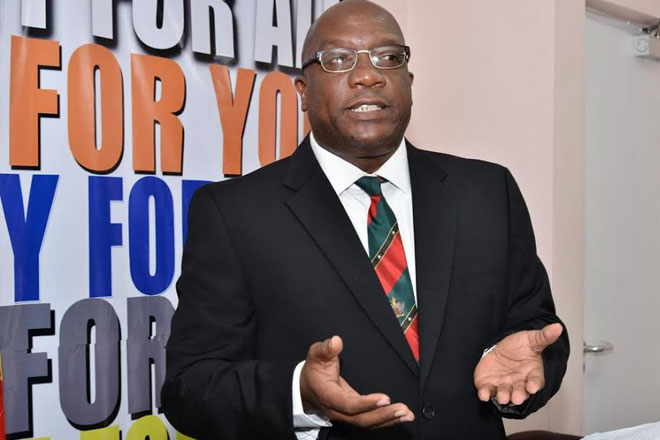 On Saturday, the St. Kitts-Nevis Prime Minister issued a plea to the United Nations to include ideas from the Republic of China, Taiwan.

He was at the time delivering an address at the 70th Regular Session of the United Nations General Assembly in New York.

“The response to climate change requires input from all nations, large and small. Taiwan, with its advanced renewable energy technologies, should be allowed to participate in relevant international meetings and mechanisms such as the UNFCCC and the UN Environmental Assembly,” he said.

St. Kitts and Nevis established diplomatic ties with Taiwan in 1983.

Meantime, Dr. Harris used the occasion to pledge his government’s commitment to the UN’s Sustainable Development Goals to be achieved by 2030.

“As the Post-2015 period begins, the new Team Unity Government in St. Kitts and Nevis is committed to working internationally to bring about transformational changes in programmes and policies that benefit all our peoples. We fully support the outcome document of this summit, “Transforming Our World”, and we will remain focused on the fulfillment of the goals and targets,” he said.

“The pursuit of the Post-2015 Development Agenda and SDG 2030 is an organic process for us, simply because in St. Kitts and Nevis, we have a people-centred government. It is a government focused and working for the sustainable development of our people,” he added.