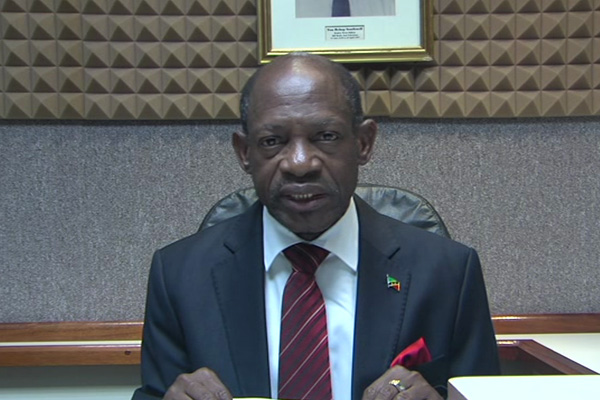 ZIZ News — Prime Minister, The Rt. Hon. Dr. Denzil Douglas has expressed his condolences to the families of the victims of a recent shooting incident which left three men dead.

The incident, which occurred in the early morning hours of Saturday 12th July, 2014 at the Frigate Bay Strip, left another four people injured.

In an address to the nation the later the same day, Prime Minister Douglas described the shooting as a brazen and appalling act.

He called on civil minded residents to work with law enforcement agencies to help bring the perpetrator to justice.

“We, as a people, have already shown, and dramatically so, that when working in partnership with our Police and Defence Forces, the law-abiding and decent citizens of our country most assuredly prevail. We have proven this over the past two years. And this is the trajectory on which we must – and shall – remain. The government thanks those good citizens who have already begun working with law enforcement in order to assert who and what we are as a people and a nation,” he said.

The Prime Minister also used the opportunity to warn residents against harbouring criminals.

“Accommodating any form of criminality in your communities – and particularly in your homes – can come back and hit you hard,” he said. “Because revenge and retaliation are often at the base of much crime, accommodating or excusing criminal behaviour in your communities, your businesses, or your homes could result in you – or those you care about – falling victims in a cycle of action and reaction. And the only way to protect yourself and those you love is to do what the people of the federation have been doing for the past two years now – strengthening their partnerships with law enforcement.”

Prime Minister Douglas said the public has the assurance that the country’s law enforcement is treating the apprehension of the person responsible for this heinous act as a matter of utmost urgency.

The victims of Saturday’s shooting incident are Cecil Charles of Stapleton Housing, Lendale Hendrickson and Tavis Francis both of Old Road.

Persons with information which can aid the police investigation into the incident are asked to contact the Violent Crimes Unit at 662-9336 or Crime Stoppers at 1-800-8477.