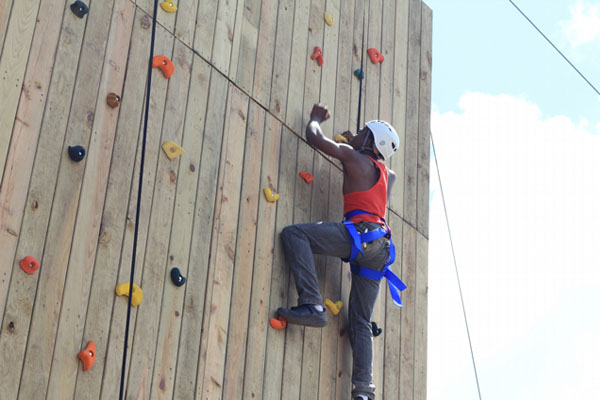 Basseterre, St. Kitts (CUOPM) — The construction and official opening of the new Dieppe Bay Post Office, is part of the ongoing upgrading and transformation of the Capisterre region.

Prime Minister the Rt. Hon. Dr. Denzil L. Douglas speaking at the opening of the postal facility in Dieppe Bay, 16 miles from Basseterre, said there are those who would have wished that the transformation of Capisterre is interrupted, but it is moving forward.

“Today, in addition to the creation of the White Gate Development area several years ago, the Saddlers Secondary School that has been built is the most modern High School in the Eastern Caribbean region. There is also Kittitian Hill which you would have got a taste of recently when it got started and there is the planned Helden’s Resort Development which was launched only on National Heroes Day with the ground breaking ceremony,” said Prime Minister Douglas.

Dr. Douglas, who has been representing the area for the past 25 years in the St. Kitts and Nevis National Assembly, also pointed to the soon to be opened St. Kitts Eco-Park, venue for the recently held 103rd National Day celebration of the Republic of China (Taiwan).

He also pointed to the recent opening of the Saddle Hill Adventure Park, the Dieppe Bay Police Station, the St. Paul‘s Day Care Centre and Pre-School – which is the largest in the whole country; the construction of the Robert L. Bradshaw Memorial Park in St. Paul’s and the construction of Community Centers in Newton Ground, St. Paul’s, Parsons and Saddlers.

“What a wonderful transformation,” said the St. Kitts and Nevis leader.

“Dieppe Bay does not have to wonder if it is a Town or Village. It knows it is a Town because it was the first French town here in our country. Dieppe Bay, you would recall had its own post office before. Of course we know that with the passage of time, with the increase in the Capisterre population, with the increased level of activity and development that has come to this part of the country, a new and improved post office would be required,” said Prime Minister Douglas.