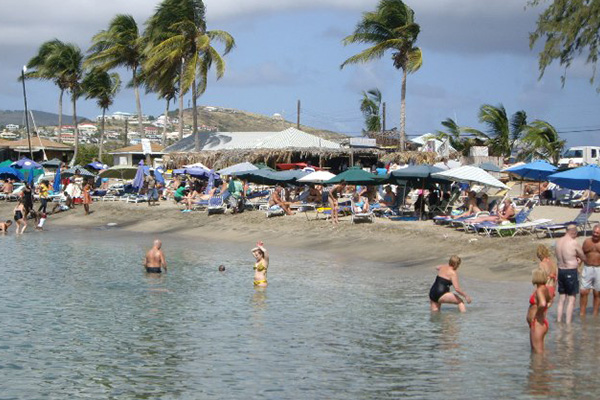 Basseterre, St. Kitts (CUOPM) — The bravery of a Frigate Bay bar owner in saving a child from drowning recently has come in for high praise from St. Kitts and Nevis’ Prime Minister the Rt. Hon. Dr. Denzil L. Douglas.

“Our nation was spared a heart-rending tragedy when a young girl almost drowned as a result of her kayak overturning, but thanks to the quick thinking and selfless action of Mr. Roland Carey of Kathy’s Bar and Grill on The Strip at Frigate Bay, she was taken from the water, brought to shore, resuscitated, and her life saved,” said Prime Minister Douglas during his weekly radio programme “Ask the Prime Minister.”

“I know that it has been more than a week now since that happened, but I also know that the entire nation would wish to join me in thanking Mr. Carey for his selflessness and bravery for averting a terrible tragedy and for saving the life of that child,” said Prime Minister Douglas.

Three teenagers, accompanied by an adult took a kayak out to sea. It overturned and the children encountered some difficulties.

The incident was observed by Roland Carey of Kathy’s Bar and Grill who went to the rescue.

The child was not breathing when they returned to the shore. Mr. Carey administered CPR (Cardiopulmonary Resuscitation) to the lifeless child and managed to resuscitate her. Emergency Medical Service (EMS) was called to the scene where other lifesaving measures were administered to the child who was transported to the Joseph N. France Hospital and she warded, treated and released.