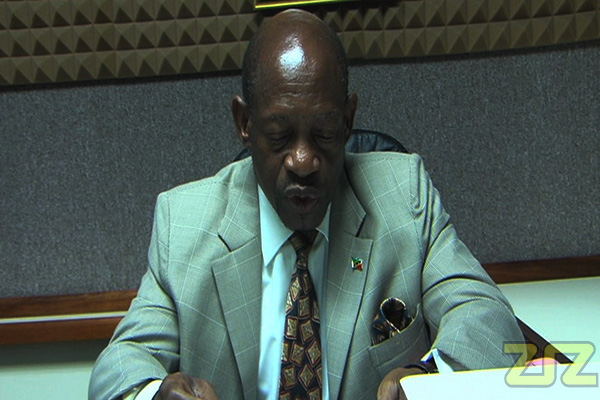 (ZIZ)– Prime Minister, the Rt. Hon. Dr. Denzil Douglas, in his weekly radio programme on Tuesday made very poignant remarks regarding the recently observed anniversary of the 1967 coup attempt in St. Kitts.

According to Prime Minister Douglas, who was unable to comment on the matter last week as he was off island on official business, “one thing that is abundantly clear is that the words ‘Tenth of June’ will forever have great significance in the history of St. Kitts-Nevis.”

“And they will have great significance. Not only as a reminder of the anti-democratic and heartless extremes to which some were willing to go to trample on the will of their fellow Kittitian voters. The words ‘10th of June’ will always have significance more importantly as a powerful reminder of God’s protection of the innocent,” he said. “Whatever negative and evil plans churned in the hearts of some on that night in 1967 there was a transcendent and awesome power protecting us all. A divine power that refused to allow us, on this little island, to be plunged into bloodshed, catastrophe, and of course chaos.”

Dr. Douglas suggested that divine intervention had averted the success of the coup attempt; an event which would have changed the course of history had it come to pass.

“We were all shaken up by the most unusual and most frightening goings on but divine intervention caused mishaps and misunderstandings, confusion, and miscommunication, mistaken sightings, and late landings amongst all those who set out that night to do our people harm,” he said. “So today, let us give thanks for the protection and mercies that were ours then and that continue to be ours today.”