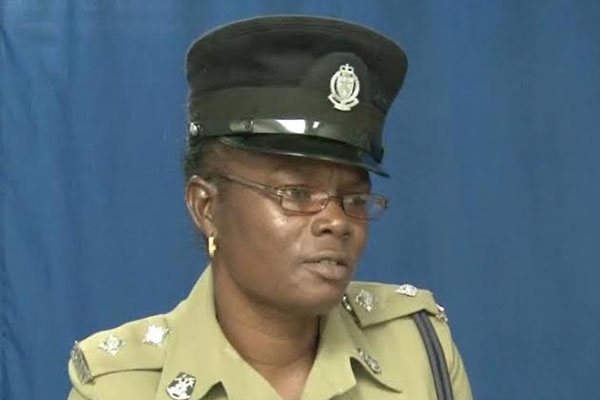 Basseterre, St. Kitts (SKNIS): Value accountability is one of the eight goals of the Royal St. Christopher and Nevis Police and the Office of Professional Standards (OPS) is carrying out that mandate to ensure the public continues to be served by an efficient and professional law enforcement agency.

Inspector Rosemary Roberts heads the OPS, formerly called Internal Affairs. She received advanced training in February 2014 at the Internal Affairs and Applicant Screening Bureau, of the U.S. Virgin Islands Police Department in St. Thomas. The course was based on the IAPro material, which according to its website, “ensures the most efficient handling of citizen complaints, administrative investigations, use-of-force reporting, and other types of incidents.”

“It was enlightening, I learnt a lot,” she explained. “The training teaches you how to be strong.” That is considered to be especially important given that members of Internal Affairs Units around the world occasionally are called upon to investigate figures of authority, people they work with and sometimes people they are friends with.

“They taught us how to deal with that and once you are fair and firm early then you don’t have anything to worry about when it comes to dealing with people you get along with,” the Police Inspector revealed.

The OPS has been investigating recent shooting incidents by police. This is a standard practice whenever an officer discharges their weapon. The office also looks at police conduct.

“This will impact the police force greatly,” Roberts disclosed, noting that the standards have been updated. “It tells the officers how to behave and how not to behave, how to deal with persons in the [community]. … This will help police to carry out their job at a higher standard.”

The Firearms Training Simulator (FATS) at the Police Training Complex has also positively impacted standards as it helps officers determine when to shoot and when not to shoot. Inspector Roberts assured the public that whenever cases of malfeasance are reported or discovered, a thorough, balanced and honest investigation will be conducted.

“The report will be investigated so they (the public) can feel safe to come at anytime to any police station and make a report against any police officer.”