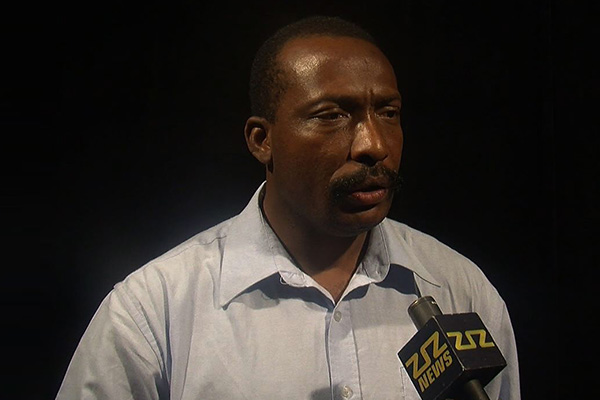 ZIZ News — A joint intelligence and surveillance operation conducted in Nevis on Monday lead to the discovery of a semi-automatic pistol with nine matching rounds of ammunition.

ZIZ News understands that the firearm, ammunition, occupants, and a vehicle which is owned by the Nevis Island Administration, were taken into police custody.

Public Relations Officer of the Royal St. Christopher and Nevis Police Force, Inspector Lyndon David said the operation was successful based on the dedicated work of the police force.

“Based on intelligence and surveillance, we were able to carry out this operation which led to the discovery of the firearms and ammunition and the persons taken into custody to assist further in our investigation in this regard,” he said.

Monday’s operation was conducted in collaboration with Her Majesty’s Customs and Excise Department Enforcement Division and supported by the Anti-Robbery Team and the Nevis Task Force.

Meanwhile, the Royal St. Christopher and Nevis Police Force is investigating an incident in which a Molotov cocktail was thrown into the Charlestown Police Station by a juvenile.

Inspector David, in speaking on the incident, said charges will be made as the incident is seen as an act against law enforcement.

“That matter is being investigated,” he said. “Someone has been identified. Charges will be brought in this case and against anyone else who were involved in this act that we see as an act against law enforcement, an act against the state and which boils down to an act of terrorism. We will investigate this matter thoroughly and we hope that the fullest extent of the law is brought to bear and the actor or actors in this incident.”

Meantime, Commissioner Celvin Walwyn has expressed appreciation to the persons who were instrumental in both operations. He is also encouraging all civic minded individuals to continue to support law enforcement officers in the discharge of their official duties.