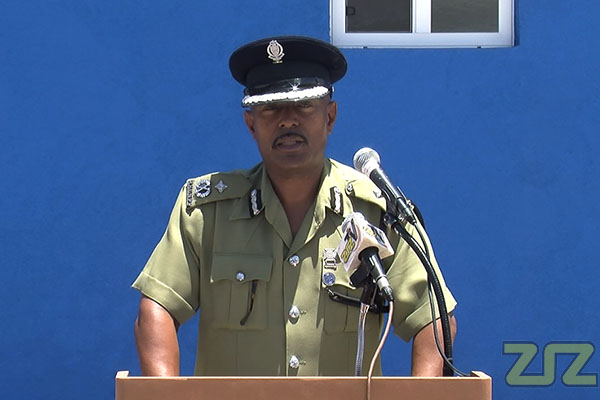 Police Force says Thanks to Donors

ZIZ News — The Royal St. Christopher and Nevis Police Force continues to record appreciation to its partners as together, they seek to reduce crime in the Federation.

Vic De Zen and the Royal St. Kitts Beach Resort Limited are the most recent donors as they aided in the refurbishment of a building now known as De Zen House.

The dual-purpose De Zen House will facilitate training for the force’s women.

Assistant Commissioner of Police responsible for crime, Ian Queeley addressed the gathering and said the partnership between the Force and Vic De Zen had been in existence for several years.

“I can vividly recall my years at the Frigate Bay post when the Marriott was being built. Construction commenced and I was Commanding Officer there and from that very early stage, the Royal Beach Casino and the company gave great support to the policing staff at that time and it is very heartening to see over the years that that relationship and trust had been built upon and the existence today speaks volume.”

ACP Queeley also called on other businesses and entrepreneurs to partner with the police force.

He then spoke of the building’s significance.

“This building would be subsequently dedicated but it goes a long way to build capacity within the organisation and this is something that is indeed critical if we are to meet challenges of modern day policing. So, as this building is put to use, we would hope that it continues to build capacity within the organisation,” he said.

The Royal St. Kitts Beach Resort Limited was represented at Tuesday’s opening ceremony by Director Arun Maharajh who provided an overview of the project.

“The training complex underwent a major renovation of the existing 1,300 square foot building to what it is in front of us today. The monetary contribution of this project is estimated to be approximately US$100 which took approximately three and a half months to complete. It must be noted, the renovation of this nature conceived and executed in such a timely and professional manner required the effort and commitment from the time the decision was made to commence renovation.”

Among the other dignitaries at Tuesday’s opening ceremony were Permanent Secretary in the Anti-crime Unit, Her Excellency Astona Browne and Governor General of St. Kitts-Nevis, Sir Edmund Lawrence.