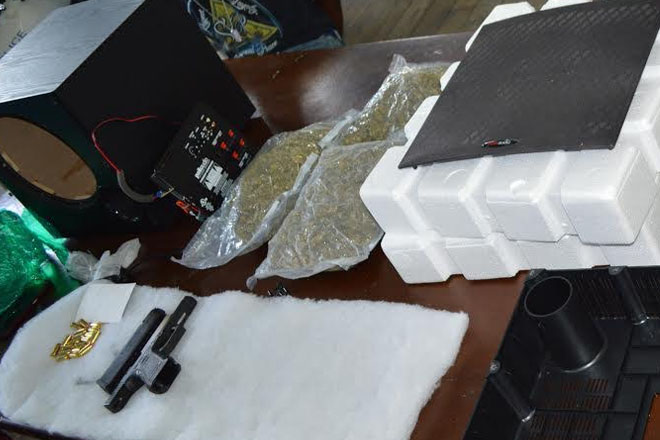 (ZIZ News) – At least two Ericsson employees working through telecommunication company LIME were taken into police custody on Tuesday afternoon, following what seemed to be a tip-off involving illegal items or substances.

The Royal St. Christopher and Nevis Police Force confirmed that members of Special Services Unit (SSU), Drug Squad, Special Intelligence Unit (SIU) and Her Majesty’s Customs and Excise Department carried a joint intelligence-led operation which yielded the find of a significant quantity of illegal drugs (compressed marijuana) and a semi-automatic pistol with a magazine of 19 rounds of ammunition.

Three persons were reportedly taken into police custody as they were observed leaving a local courier service with several large boxes.

According to the press release issued by the police force, “Two of the persons who were taken into police custody were Ericsson employees working through local telecommunications provider, LIME. At the station, they were interviewed by the officers and their items searched. Nothing to satisfy the suspicion was discovered in their packages and they were discharged pending further inquiries,” adding that, “The other, a resident of the Sandy Point Community, remains in police custody assisting with the ongoing investigation.”

Our reporter tried contacting LIME’s General Manager both at the company and on his mobile phone. On one occasion, he acknowledged that he was on a conference call but promised to follow up later.

The incident occurred along Central Street, in front of KDP Enterprises.