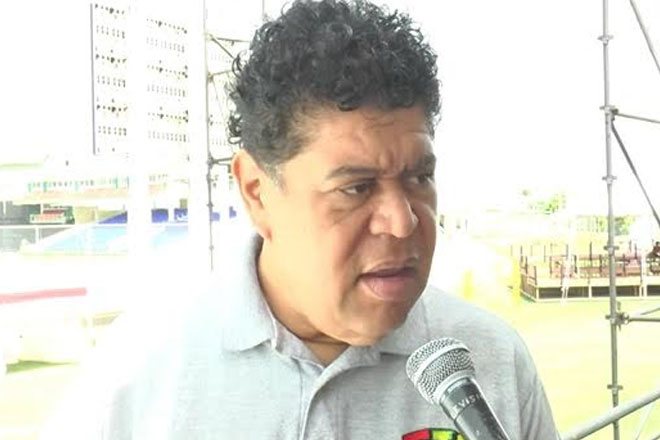 Preparations For Music Festival Are On Schedule

(ZIZ News) — Production Manager, Adrian Lam says plans are on schedule and everything is falling into position for the 19th annual St. Kitts Music Festival.

ZIZ caught up with Lam at Warner Park, where he confirmed that sound checks for Thursday’s concert were set to commence at 4pm on Wednesday.

Lam said other acts for this year’s festival should be arriving shortly.

“Well, I don’t have the airline schedule but I know Roy Cape is in, the band is in, some of the other acts coming in later tonight and tomorrow, some of them coming in on charters so I’m not worried about the artist getting here, I think everything is in place,” he said.

While Lam and his team worked on backstage preparations, ZIZ caught up with one of the national acts who is getting ready for his performance.

“Love St. Kitts”, “21 Gun Salute”, and “Feel Like Crying” are all songs that are likely to be performed on Saturday, June 27 when Kervin Benjamin, alias Infamus, performs at the St. Kitts Music Festival.

During an interview with ZIZ radio personality Kinney “Kupid” James, the Kittitian-born internationally-recognised artist described his feeling as fantastic.

“I am telling you it is a fantastic feeling. Come on, for any youngster growing up, you hear about Music Festival from since you small, well, in my generation. It’s a fantastic feeling. I am overwhelmed, overjoyed, super excited. I’ve been practicing for a little over a month and a half now so I am very much waiting for the execution now,” he said.

When asked what fans can expect from him on Saturday, Infamus said he is going to step up his game.

“This is me basically showing everybody, after so much years of preparation, my maturity, my ability now to deliver, execute properly,” he said.

Other performers on Saturday’s line up are Jason Derulo, Trey Songz and Arturo Tappin.