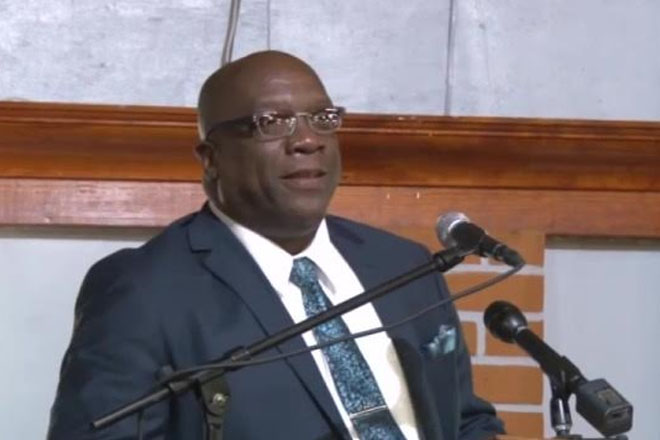 (ZIZ News) – St. Kitts-Nevis is being represented at the 62nd Meeting of the OECS Authority by Prime Minister, the Hon. Dr. Timothy Harris who has called on his regional colleagues to finalise a CARICOM candidate for the post of Commonwealth Secretary General.

“We are facing Malta very soon, as the Prime Minister of the Commonwealth of Dominica has just said, and yet we have not settled on one candidate. We believe that this is a matter that we should try to cure and perhaps the gathering this day in Dominica with two of the countries from the OECS with particular and special interest in the candidature of one or the other, we could perhaps today, through conversation, achieve the consensus which we will need to move this programme forward,” Prime Minister Harris stated.

CARICOM countries have named two candidates for the post. They are former British Attorney General Baroness Patricia Scotland and High Commissioner to the United Kingdom and Sir Ronald Sanders.

Dr. Harris said a decision must be taken as soon as possible to avoid what he called “a dangerous precedent”.

“Where any island or any member of CARICOM could go on their own personal agenda which makes it ever so difficult whenever we need to leverage the collective strength of the region. That to me is a matter which the OECS can lead and indeed in the efforts at integration at the broader level, the OECS has always led CARICOM and we must continue with that leadership,” he added.

The 62nd Meeting of the OECS Authority is currently underway in the Commonwealth of Dominica.