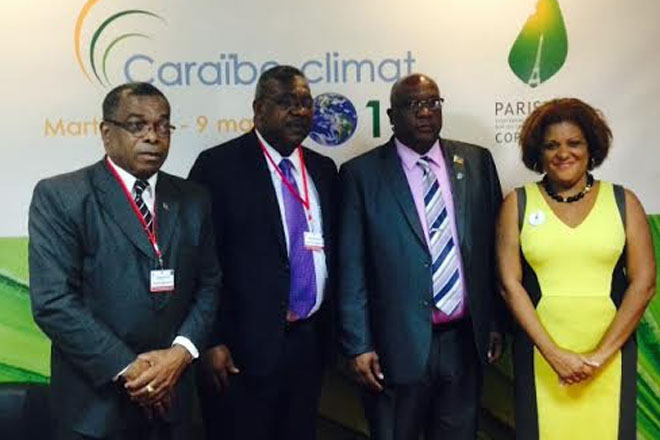 Dr. Harris served as regional leader on the issue of climate change. He noted that the region’s long term survival depends on how residents act now. He said “Now is the time for us to make the necessary policy, economic and behavioural changes needed to ensure our survival.”

Among his recommendations were the need to take necessary actions to reverse or at least mitigate rising sea levels, coral bleaching, coastal erosion, ocean acidification and the increased frequency and severity of storms.

“Climate change is not a local issue it is an international issue,” he stated.

Chaired by Mr. Francois Hollande, President of the French Republic, the Summit aimed to bring together the island states of the Caribbean, including the French departments in the Americas as they are particularly vulnerable to climate change and sea level rise, which place their sustainable development at serious risk.

In related news… on Saturday, Prime Minister Harris met with President of the Regional Council of Guadeloupe to discuss the Tradewinds, SKN France MOU and Conches issues.