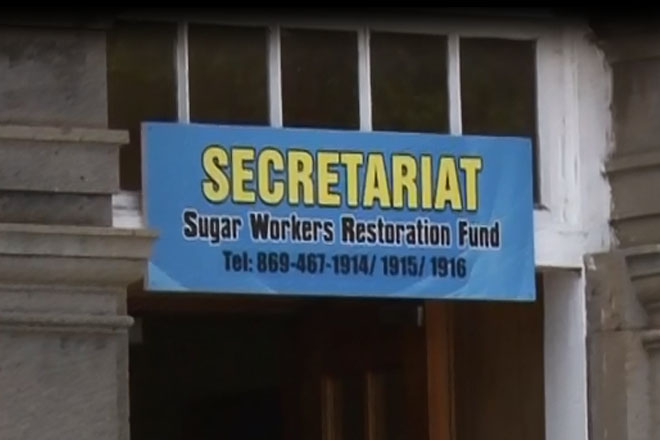 (ZIZ News) — It turned out to be a happy Sunday for three former employees of the St. Kitts Sugar Manufacturing Corporation [SSMC], when Prime Minister, the Hon. Dr. Timothy Harris personally delivered gratuitous cheques to them.

He was accompanied by Chairman of the Sugar Workers’ Restoration Fund, Obsert DeSuza.

The three residents of Constituency 7 were physically unable to visit the Sugar Workers’ Restoration Fund Secretariat due to different ailments.

Prime Minister Harris said it was important that they were not neglected.

“Among those who succeeded in the application process are persons who are shut-ins, who are persons who are not physically able to move the distance from their communities to Basseterre and we undertook, as part of the compassionate nature of the government, that we shall make deliveries of their gratuities at their homes,” he said, adding “Today, we have been able to do that to a number of persons and I am privileged to have been part of the accompanying delegation headed by Permanent Secretary, Mr. DeSuza.”

He said this is one of his government’s ways of saying thanks to the former sugar industry workers for their invaluable service over the years.

“What Team UNITY is doing is the right thing. It is to honour the service of those who contributed to an industry which, for over 300 years, had been the life blood around which socio-economic and political life of St. Kitts and Nevis revolved,” he said.

He continued, “and so, you had to treat those who gave of their service in that industry in a very special way and Team UNITY has done that and we have done that within months of taking office. So we are off to a very fresh start in terms of bringing justice to the workers.”

Recipients also used the opportunity to commend the Prime Minister and wish his administration well.

DeSuza noted that a total of 44 cheques had been delivered to shut-ins on both St. Kitts and Nevis, adding that cheques were also made to residents of the Cardin Home who successfully completed the application process.