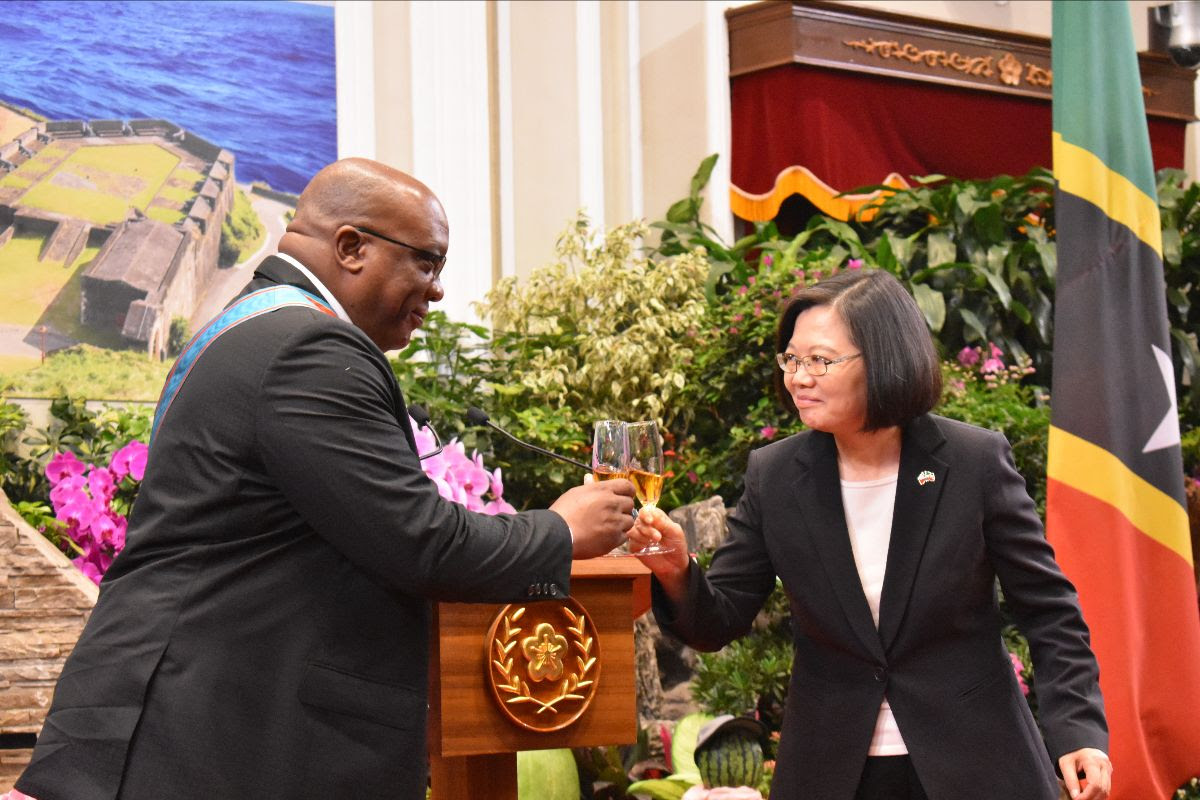 BASSETERRE, St. Kitts, October 10, 2021 (Press Unit in the Office of the Prime Minister) – Prime Minister of St. Kitts and Nevis, Dr. the Honourable Timothy Harris, joined other leaders from around the world in congratulation the Government and people of the Republic of China (Taiwan) on the attainment of the 110th anniversary of the country’s National Day, today, Sunday, October 10, 2021.

The tenth of October or, as it is more commonly known “double ten”, is a holiday in Taiwan commemorating the start of the 1911 Wuchang Uprising in China, which marked the end of the Qing Dynasty, leading to the founding of the Republic of China on January 01, 1912. It is a day when Taiwanese pride takes precedence over everything else, and Taiwanese people both at home and abroad celebrate.

“It gives me immense honour to convey greetings and best wishes on behalf of the Government and people of the Federation of St. Kitts and Nevis on this auspicious occasion. As long-standing friends with diplomatic times, we are proud to join in solidarity with your country as you commemorate this historic milestone,” Prime Minister Harris said in a congratulatory letter to Taiwan’s President, Her Excellency Dr. Tsai Ing-wen.

Prime Minister Harris stated that each year “double ten” encourages all citizens and patriots to come together to cogitate and to pay homage to the struggle that brought about the liberation of the people of Taiwan, noting that “it demonstrates how the collective strength of a united people can bring forth change and a brighter future for the people of today and for the generations of tomorrow.”

The prime minister added, “It is no secret that at all levels, whether in the local, regional or international arena, St. Kitts and Nevis and Taiwan have always nurtured a warm friendship and our relationship remains deeply rooted in the shared values of freedom, democracy, the rule of law and the protection of human rights.”

The St. Kitts and Nevis Prime Minister also congratulated President Tsai on her “strong leadership and dedicated service to the good people of Taiwan.”

Dr. Harris ended his letter to President Tsai by stating that St. Kitts and Nevis looks forward in earnest hope to the continued strengthening of the deep bonds of friendship that have existed between both nations for 38 years.