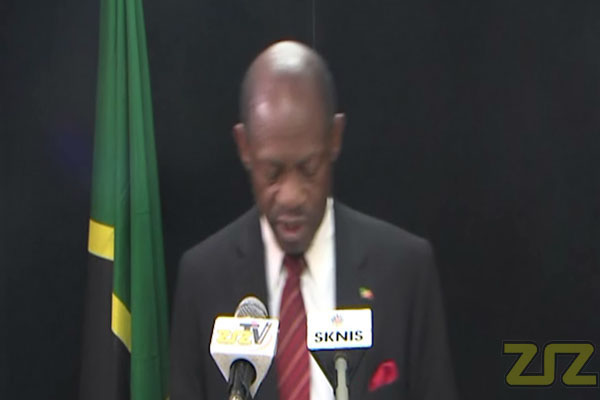 (ZIZ)– Wednesday afternoon the saw the staging of the monthly press conference by Prime Minister of St. Kitts And Nevis, Rt. Hon. Dr. Denzil Douglas. The press conference was well attended by various members of the press and electronic media from across the Federation.

In his opening remarks the Prime Minister indicated his comments would be aimed at three government priorities:

He began by addressing the Habitat 30 Housing Initiative which he said will spur national development.

“Habitat 30 will spur national development in several ways,” he said.

“Firstly, it will dramatically broaden the base of property holding nationals.  Secondly, it will create a dramatic expansion in life opportunities for the new home owners simply as a result of their being property owners. Thirdly, it will expand the number of nationals who are eligible for credit and fourthly it will result in a broader base of nationals being able to finance educational, business, and other capital development ventures.  All of which will redound to the development of our federation at large,” he added.

The Prime Minister went on to discuss the People’s Employment Programme (PEP) and the benefits it continues to bring amidst the attacks against it by detractors. He said that, in tandem with the Habitat 30 Housing Initiative, the PEP would empower people so that they could own and afford to maintain appreciating assets.

“We continue via the PEP to stress and provide training and employment opportunities for Kittitians and envisions across the entire nation.  Habitat 30 and PEP are key to my government’s commitment to create a populace that to an ever increasing extent owns major appreciating assets and possesses the skills to either compete on the job market or to establish their own businesses.  Both of which are vital cornerstones to national development,” he said.

In relation to national pride, Dr. Douglas, who also serves as the nation’s Minister of Finance, said that there were a number of things for Kittitians and Nevisians to be proud of which were unrelated to physical structures or other tangible projects, past or present, undertaken by his government.

“Other causes for national pride unrelated to any current or planned physical structures include the following: Yet another positive IMF report on the economic performance of St. Kitts and Nevis.  And this, as you know, is a continuation of an unbroken stream of positive assessments for many cycles now,” he said.

“Additional reductions in crime: Crime is once again down compared to March of last year.  Just as it was in February and January of this year compared to the same months of 2013.  Another important structure of national pride is debt reduction.  Debt also is down and continuing to trend downwards.  Movement on comprehensive healthcare for all continues.  With the next segment to be covered being those on social assistance.  Our transition to a green economy was placed in sharp focus in recent weeks,” he continued.

“ With representatives from the Clinton Foundation and government of St. Kitts Nevis representatives meeting here for in-depth discussions on our own ongoing transition to solar, wind and geothermal energy.  Another aspect of our national pride is our agricultural sector, which of course you are aware, is up by 15 percent over last year.  Our levels of production and quality of produce being such that we are now an exporter of fresh fruits and vegetables to neighbouring countries like Antigua and Barbuda, Anguilla, St. Croix, Saba, and other neighbouring islands,” added Dr. Douglas.