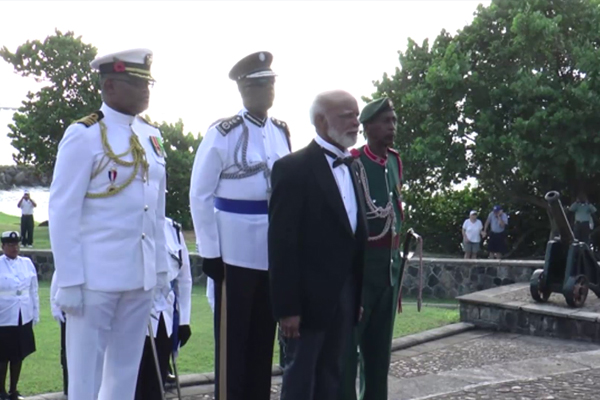 (ZIZ News)– On Sunday, St. Kitts and Nevis paid tribute to nationals who fought and died in World Wars I and II.

The National Day of Remembrance was observed with a wreath laying ceremony at the War Memorial or Cenotaph on the Bay Road.

The ceremony began with the arrival of Governor General His Excellency Sir Edmund Lawrence, followed by a 21-gun salute.

Chairman of the Ex-Serviceman’s Legion, Samuel Nathan said the memory of the fallen will live forever.

“They shall not grow old as we that are left grow old. Age shall not weary them nor the years condemn. At the going down of the sun and at the morning, we will remember them,” he said.