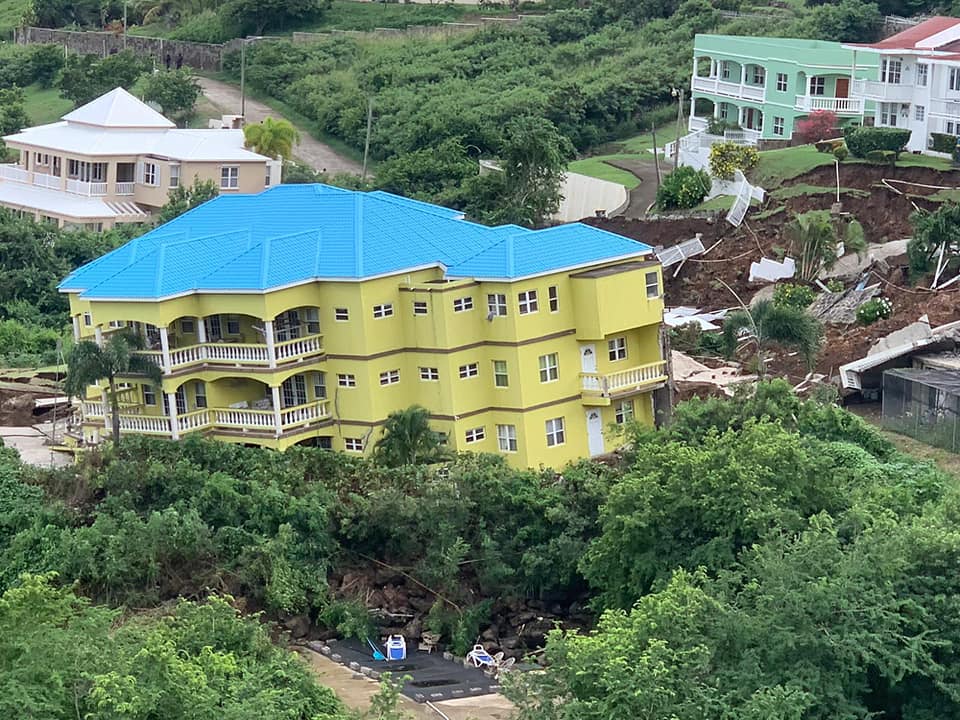 ZIZ’s cameras were on the scene on Thursday afternoon where, according to a NEMA official, heavy rain led to instability in the soil and damage to a section of a building owned by Alexis Hazel.

NEMA’s Deputy National Disaster Coordinator, Claricia Langley Stevens gave a breakdown of what the officials have determined so far.

“An assessment was done and the team from Public Works recognized that the site, because of the rainfall over the past few days, has been compromised.  There was also a broken water pipe which created high levels of saturation. In addition to that we recognize that the house had some structural damage and other properties have structural damage to fences, driveways and so forth,” she said.

She said the authorities took swift action to evacuate persons from the area before parts of the affected building began to collapse.

“The main house that was in question started slipping away from the foundation causing further land slippage, road breaking and cracking, extremely severe, to the point where all residents in this area had to be evacuated as a precaution,” she said.

No one was injured in the landslide.

As of Thursday afternoon the public is barred off from the area and further assessments are being done.  Mrs Stevens said as more rain is expected tonight it is unclear as to how that might affect the situation but they will continue to monitor any further development.