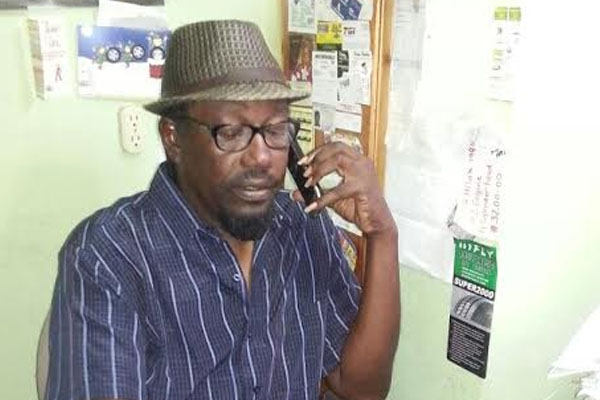 St. Kitts– For the past four years, the Sandy Point Benevolent Society (SPBS), a not for profit, people focused organization, has honored citizens at home and abroad who epitomize unadulterated excellence in the work they do for the advancement of others. The SPBS Gala has fast become a staple celebratory event and organizers are excitedly preparing for the fourth installment of the Gala, slated to be held on Saturday August 30, 2014 at the prestigious Maestros Banquet Hall in the Bronx, New York. The event is being held under the patronage of Mr. and Mrs. Kenrick Clifton.

Tango was born in the historic town of Sandy Point where he grew up with a strong awareness of the negative impact poverty had on his life as well as others around him. Despite his impoverished state and probably because of it, he made a pledge to himself to improve his lot in life, and ultimately that of his children.

From 1974, Tango bargain to use condemned rubber and materials from bags, shoes and the like to make shoes. Tango recalls that people would bring old Bible pouches, and other items and ask him to make new ones. His greatest reward came when his customers expressed pleasure in his products, returning faithfully for him to make more items.

In quick time it was apparent that the demand for Tango’s shoes and leather expertise had heightened and the income from his part-time job was generating more income than his full time job. The blossoming entrepreneur took a leap of faith and became owner of a fully registered shoe making and repair business located on Station Street in Sandy Point.

In 1983, Tango expanded his initiative and opened Tango’s Daily Supply (TDS) on the corner of Manchester and Station Streets in Sandy Point where he sold clothing and household items. Adjoining the store was a section that remained devoted to shoe making and repair. As sales and the demand for other items increased, Tango relocated Tango’s Daily Supply to his building on the Main Road facing Manchester Street.

In addition to the items supplied at the smaller store, TDS also provided bicycles and their spare parts, stoves, refrigerators, radios, televisions among other highly demanded merchandise. Not long after, another Tango’s Daily Supply was opened in Basseterre on the Corner of Westbourne Ghaut and Central Street. The Basseterre branch offered the same items as the Sandy Point Store.

One of Tango’s most successful business ventures has been the St. Kitts Auto Services. The initial location was in Sandy Point adjacent to B’s Service Station. The steady demand for products from patrons residing outside of Sandy Point, was the impetus for relocating the Auto Services store to Adlam Street, Basseterre in 1997. ByJune, 2010, the fast growing business was relocated to Tango’s own building at the Corner of Fort Thomas Road and Westboourne Ghaut. Tango’s St. Kitts Auto Services revolutionized used tyres sales in the island as Tango was the first to introduce used tyres in the federation in such quantities.

Tango is extremely civic-minded and has never declined a request for help. The story has been told of an occasion when he visited the Sandy Point High School and complained to the principal at the time (Ms. Cordette Henry) that the office was hot. She indicated that there wasn’t a fan available. Within 24 hours after leaving the school, Tango sent two fans to the principal.

Many citizens continue to reign praise on Tango for his genuine friendship and financial support. His innate spirit of generosity to others is nothing shy of remarkable. Without reservation, Tango gives to community events and assists those in need. He moved up in life and continues to give back.

Tango’s generosity, love of community in conjunction with his dedication to his children and their education, earned him various prestigious awards including one from the Sandy Point High School in 1998 and Sandy Point Primary School in 2008 for his commitment, generosity and civic-mindedness.

Tango is considered a self-made success story and one of Sandy Point and the federation’s greatest philanthropists. He is idealized by many for his success in various business initiatives, yet he asserts that shoe-making and repair, which he no longer provides as a service to patrons, brought him the most delight as he was able to “design and create unique items that patrons grew to appreciate.” Believing shoe making to be among his unique gifts, Tango confidently states, “I can watch any shoe and make it and that brings me the greatest delight possible.”

The Sandy Point Benevolent Society salutes Robelto “Tango” Glasgow with its Distinguished Service/ Alumni Award for his extensive contribution to the advancement of his fellowmen, across a broad section of our nation. Tango’s name will be rightfully etched in the annals of the federation’s history books for his selflessness, love of country and compassion for others.