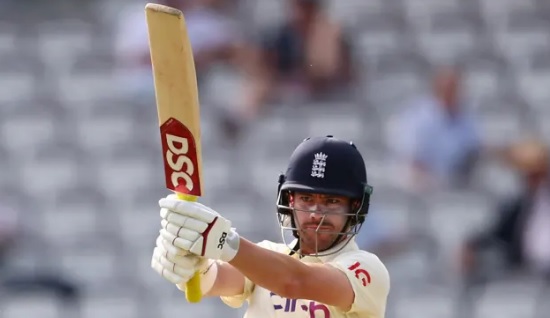 England fought their way back into the contest at Lord’s, as a fluctuating day ended with Rory Burns and Joe Root orchestrating a composed reply to Devon Conway becoming only the seventh man in Test history to score a double-century on debut. New Zealand posted 378 but the innings fell away after Mark Wood‘s three-wicket burst during the morning had inspired the home side.

Despite losing their last seven wickets for 90 runs either side of lunch, and failing to capitalize fully on a majestic Test bow from Conway, New Zealand tails were up after they claimed two quick breakthroughs with the new ball before tea. But following a slow start, Burns and Root mixed sound judgement with positive intent in an unbroken 93-run stand that saw England to the close without further loss.

This was an important innings for Burns, in particular, having returned to the side after playing just two Tests out of six over the winter. He weathered testing spells from New Zealand’s new-ball pair of Tim Southee and Kyle Jamieson, and later proved equal to a short-ball bombardment to bring up his first half-century in nine innings, going back to last summer’s third Test against West Indies.