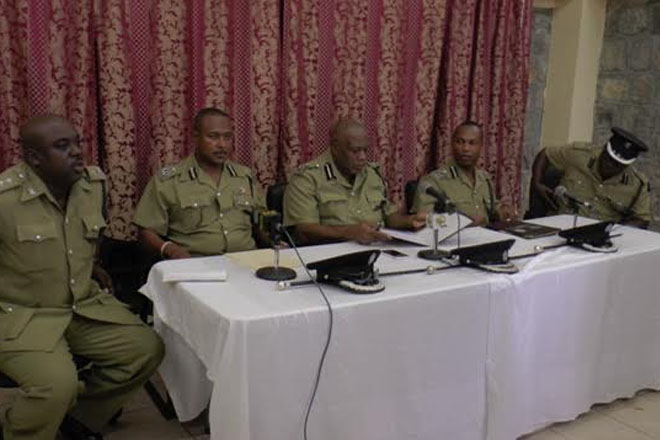 By the police’s own admission, “the investigation is still ongoing.”

Monday’s very brief press conference began with a statement by Acting Police Commissioner Stafford Liburd who, as expected, addressed Wallace’s shooting by an unnamed police officer. COP Liburd described the incident as tragic as he revealed the injuries that were sustained.

He said, “The facts known to date are, at approximately 3:45am on Saturday, an altercation took place between several people including a police officer at Enrique Bar, located in Cedar Trees in Charlestown, Nevis,” adding that “During this incident, the officer discharged his firearm. The 17 year old male was fatally wounded. The officer received a head injury. The deceased was taken to the Alexandra Hospital by a private vehicle and was later pronounced dead at 4:l0am.”

Liburd told the media representatives present and the thousands of listeners to ZIZ Radio that the investigations would be carried out “thoroughly and transparently” but said the officer’s identity could not be revealed in order to ensure his safety.

A question about the police’s policy as it relates to off duty officers carrying firearms created a bit of a debate following remarks by Assistant Commissioner of Police Ian Queeley.

In the end, Superintendent Hilroy Brandy, who is the Commander in charge of the Nevis Division, gave a definitive response.

He said, “That officer in question, yes, had the necessary permission to carry a firearm off duty.”

Although reserved, Superintendent Brandy said he had met with police officers in Nevis about the two recent shooting incidents where civilians were injured by the police.

Other police officers present were ACP Vaughn Henderson, Inspector Stephen Hector and Sergeant Alonzo Carty. Although not invited, Nevis’ Premier and Minister responsible for Security in Nevis, Hon. Vance Amory attended as a show of support.

Prior to the start of the conference, relatives of the deceased expressed a desire to sit in but later decided not to.