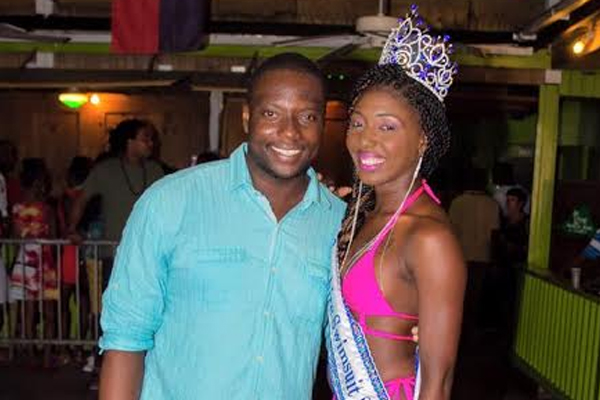 In the first segment, Jones appeared in an orange swimsuit and it was then that she quickly gained the audience’s support. She received the award for Best in One Piece Swimsuit but in the second segment, she was no match for fellow Gingerland resident, Hydeia Tyson, who appeared in a red, black and white swimsuit. Tyson received the Best in Two Piece Award and the Best Two Piece Design award.

Other contestants in Sunday’s competition were Renique Leslie, who received the award for Best Designed One Piece Swimsuit; Felecia Silcott; Tricilla Arthurton and Jovon Garvey.

Renee Wilkinson, the competition’s chairperson, shared her thoughts on the event.

“I must admit we had a slow start because of the rain but once the rain was over, the crowd started to build and we had an excellent show. The girls put on a fantastic show and the side shows were even better,” she said just before she explained the decision to award prizes for swimsuit designs in addition to the overall presentation.

“Our judges also expressed that they like that idea because sometimes you receive Best One Piece Swimsuit but the audience doesn’t necessarily think that that person was the Best In One Piece Swimsuit so we decided to say we’ll have a best designed one and then you’ll have a best overall one which will include the carriage, the poise, the physical fitness, the impact on the audience and so forth,” she explained.

The five National Carnival Queen Pageant contestants made an appearance at the competition but perhaps the young male models who were accompanied by one more experienced model, created more excitement for the fun-loving patrons.