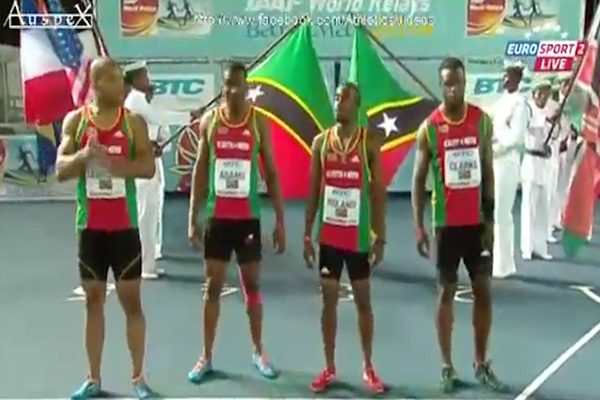 (ZIZ) — The St. Kitts and Nevis Relay Team has again stunned the world.

The team copped second place in the 4×200 meter event at the inaugural world relays being held in the Bahamas.

With the St Kitts and Nevis flag flying high, the quartet of Antoine Adams, Brijesh Lawrence, Lestrod Roland and Allistar Clarke lined up, on Saturday, against some of the world’s top sprinters in the 4×200 meter final.

The team was off to a fast start and stayed right in the mix of things down to the last stretch but in the end, the Jamaican team, which was anchored by the second fastest man in the world, Yohan Blake, was too much.

St. Kitts and Nevis’ time is also the third fastest ever in the 4x200m event.