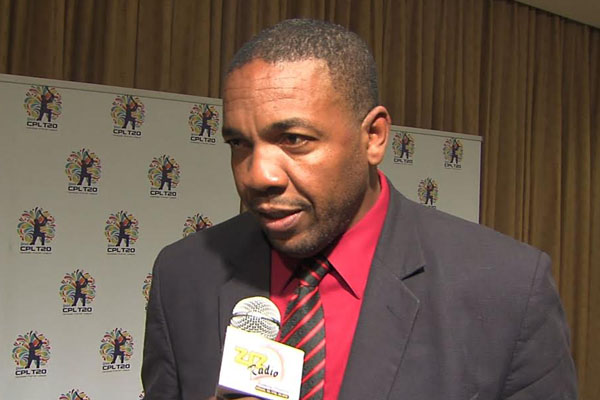 Sports Minister Thanks Cabinet for its Support

(ZIZ)– The Minister of Sports has publicly thanked the Cabinet of Ministers, led by Prime Minister the Right Hon. Dr. Denzil Douglas for the support they gave in regards to the Warner Park Lighting Project.

Due mainly in part to the recent renovations to the Warner Park Cricket Facility, St. Kitts was selected to host nine Caribbean Premier League matches this year.

Speaking to ZIZ News, Sports Minister Hon. Glenn Phillip thanked the Prime Minister and other cabinet ministers for seeing this project through.

“I kept him (Prime Minister Douglas) abreast of what we were doing in terms of the lighting and also the CPL. I would like to take the opportunity to thank my cabinet colleagues for really supporting me through all this effort, in terms of the lighting from when it first went as a proposal, they were eager for it to happen and now that I have approached my colleagues with the proposal from the CPL, they agreed and so I’m thanking them publicly for their support and the people of St. Kitts and Nevis will be better for it.”

In terms of economical impact, the minister says hosting the matches here will benefit almost everyone in the federation.

“Having CPL games will touch all aspects of our economy, whether it’s the taxi drivers, the hoteliers, the restaurants, the owners, even the men in the street, persons who have apartments and so it is tremendous for us here in St. Kitts and Nevis. We have heard that in Trinidad, for the finals alone the impact on the economy was $25 million and if the product will be improved this year, as it comes to St. Kitts, then we expect a bit more in terms of the economy.”

Included in the nine matches that will be played in at Warner Park will be the semi-finals and finals.

The second edition of the Caribbean Premier League runs from July 11th to August 15th.