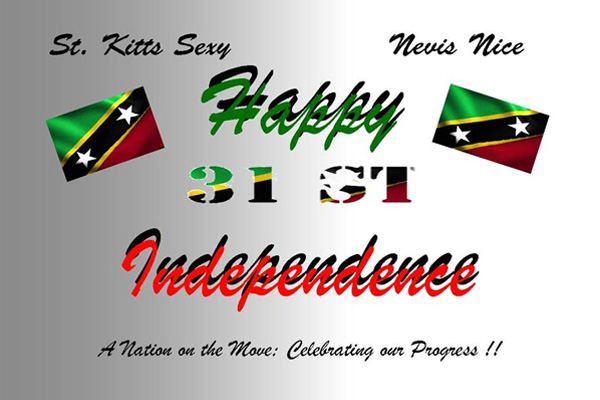 St. Kitts and Nevis has much to Celebrate

(ZIZ News) — As the Federation celebrates its 31st anniversary of Independence this month, Kittitians and Nevisians are being urged to celebrate the many achievements of the Twin Island Federation over those years.

That advice came from the Honourable Justice Selwyn Walters as he delivered the featured address at the Annual Prime Minister’s Independence Lecture Series on Wednesday night.

In addressing the gathering, Justice Walters said he is particularly pleased with the growth of the federation’s education system.

“I celebrate and I am proud of our democracy, chaotic though it may be times. I am proud that after four hundred years of struggle, the St. Kitts-Nevis family still survives. And I am proud of our education system. St. Kitts and Nevis has one of the best education systems in the world. This is so because of our brilliant National Education Policy and because parents in St. Kitts and Nevis are resolute in their commitment that their children have the finest education,” he said.

According to Justice Walters, Kittitians and Nevisians are celebrating much more than just 31 years of Independence.

He said, “When we commemorate our independence we are celebrating our affinity to something that is largely intangible, but profoundly meaningful to us – our liberty, our self-determination, our sovereignty. For as Jimmy Cliff sang in ‘The Harder They Come’, “I’d rather be a free man in my grave, than living as a puppet or a slave.

“During these festivities, we commemorate our resilience after centuries of slavery, pseudo-slavery and colonialism, and we celebrate our capacity to sustain a more perfect union that is politically stable and that offers its citizens social and economic progress.”

The Prime Minister’s Lecture Series was attended by a wide cross section of guests including the Governor General, His Excellency Sir Edmund Lawrence, Prime Minister the Right Hon. Dr Denzil Douglas and his cabinet colleagues, members of the diplomatic and consular corps and secondary school students.

St. Kitts and Nevis marks its 31st anniversary of Independence on Friday September 19th under the theme, “A Nation on the Move: Celebrating our Progress.”