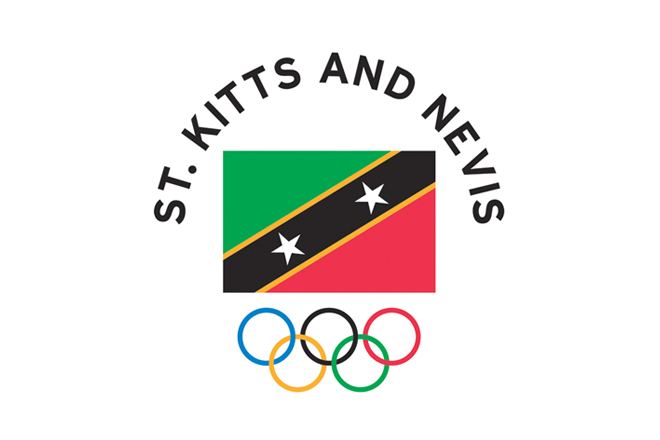 The full roster of Olympic Team SKN will include seven (7) athletes, comprised of six males and one female, who will compete in the discipline of Track and Field (Athletics) and have been named as follows:

The Team Captain is Antoine Adams, who also has the honour of carrying the St. Kitts and Nevis flag at the Opening Ceremony.

The Management and support team accompanying the athletes have been named as Mr. Leroy Greene, leading the delegation as Chef de Mission and Mr. Lester Hanley, who will serve as the General Team Manager/Press Attaché.

Athletes based in the Federation left on August 1st, stayed in Miami for the night where they were joined by overseas based athletes prior to travelling to Rio today for the opening ceremony on August 5th.

The SKNOC will soon unveil the new uniforms in the St. Kitts and Nevis colours that will be worn by athletes when they travel, for official ceremonies, training and competitions, and at the athletes’ village.

Announcing the Team on air today, Mr. Alphonso Bridgewater, President of the SKNOC, said, “We are extremely proud of all the athletes confirmed for participation at the Rio 2016 Olympic Games and wish them every success in their abilities to do the best they can, to serve as an example to their country and inspire the athletes of tomorrow. We are equally proud of the coaches and support team and wish them success in their abilities to support the athletes during the Games. Finally, I would like to extend thanks and appreciation to all those who helped support our athletes in pursuit of their Olympic dreams. ”

In his Speech, Mr. Bridgewater also expressed that he is confident the athletes will not only return outstanding performances but will conduct themselves in compliance with the SKNOC Code Of Ethics.

Chef de Mission, Mr. Leroy Greene, said, “It is our extreme pleasure and a distinct honour for me personally to be chosen to lead Olympic Team SKN to the first Olympics to be held in our hemisphere. We have a strong team with individual qualifiers and a relay team which qualified since last year. We expect the team to represent the country and region well.”

Addressing all Kittitians and Nevisians, Mr. Bridgewater requested the nation pledge their full support behind the efforts of the athletes. He said, “I am pleased to note that a combination of Free to Air TV, Cable TV, Mobile streaming and ESPN Caribbean will ensure that the Federation will enjoy almost 3000hrs of Live Olympic coverage. This means that every athlete competing for the Caribbean will receive face time on ESPN Caribbean. Our Facebook and Twitter pages will also carry information therefore I urge everyone to follow @SKNOC for updates on the athletes and all the excitement from Rio.

The XXXI Edition of the Summer Olympic Games (Rio 2016) will be the sixth Olympic Games for the SKNOC. Rio 2016 gets started on August 5th with the traditional Opening Ceremony and concludes onAugust 21st with the signature Closing Ceremony.