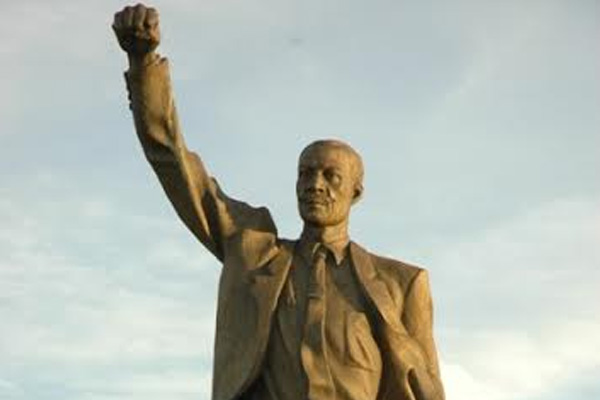 The Ceremony began at 9:00 A.M. at the Robert L. Bradshaw Memorial Park, where a life-size monument, a gift from Cuba’s former President, His Excellency Fidel Castro, was unveiled in St. Paul’s, birthplace of Sir Robert, on National Heroes Day, 2007.

Sir Robert, who was born on 16th September 1916, would have been 98. Premier Bradshaw died on May 23rd 1978, after laying the foundation for Independence.

Sir Edmund will inspect a Guard of Honour comprising members of the St. Kitts-Nevis Defence Force, the Royal St. Christopher and Nevis Police Force and the Cadet Corps, following which, Prime Minister Douglas, a cousin of Bradshaw and who also hails from St. Paul’s, will deliver brief remarks.

Other National Heroes are the Rt. Excellent Sir C.A. Paul Southwell; the Right Excellent, Sir Joseph N. France, born on September 16th 1907 and who would have been 107 years old today; and the Rt. Excellent Dr. Sir Simeon Daniel.