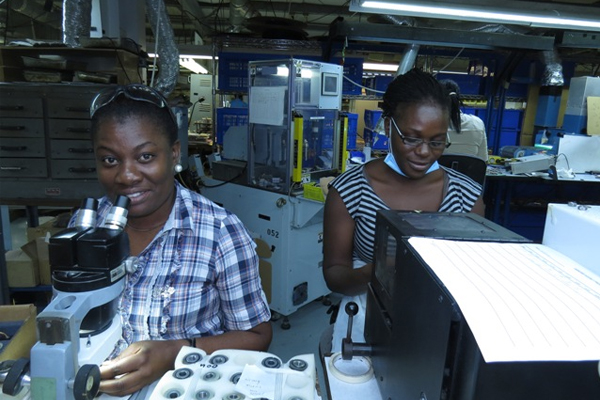 St. Kitts and Nevis records highest number of people employed in its history in 2013

Basseterre, St. Kitts (CUOPM) — St. Kitts and Nevis enjoyed the highest number of people employed in the history of the twin-island Federation at the end of last year, Prime Minister the Right Hon. Dr. Denzil L. Douglas disclosed on Monday.

“Between the time we took office (July 1995) and the end of December 2013, the Labour Party Government, has brought almost 50% more people into the work force. When we took office, about 18,000 were in the work force. At the end of December 2013, there are just over 27,000 – the highest number of people employed in the history of our country,” Prime Minister Douglas told thousands of workers and supporters of the Labour Movement at the end of the traditional Labour Day March.

Figures obtained from the St. Christopher and Nevus Social Security Board indicate that for the period under consideration, the number of persons employed moved from 18,236 persons in 1995 to 27,025 in 2013, an increase of 8,789 persons.

For the years 1996 and 1997 the growth rate was 5.9% and 8.2% respectively, fueled by increased activity in construction in both the public and private sectors.

The year 1998, recorded a decline of -2.4% mainly due to significant damage to the social and economic structures from the devastating Hurricane Georges.

However, there was a noticeable increase in the number of persons employed thus reflecting an increase of 6.7% in 1999 followed by an increase of 3.9% in the year 2000, due to increased construction activity.

Figures for the years 2001 and 2002 showed a marginal decline in employment of 0.2% and 0.8% respectively, due to the completion of a number of public sector projects.

There was a minimal recovery of 0.5% in 2003 followed by strong positive growth in employment of 4% and 4.9% for the years 2004 and 2005 as a result public sector activity associated with private sector projects.

There was minute increase of 0.1% in the figure for 2010, which was followed by continued declines in employment for 2011 and 2012 of 4% and 1.4% respectively, due to the prevailing sluggish recovery as a result of the global economic and financial recession.

The information for 2013 showed a substantial increase of 10.4% over 2012 when the number of persons employed reached a new level of 27,025 persons being gainfully employed as a result of the People’s Empowerment Programme (PEP).