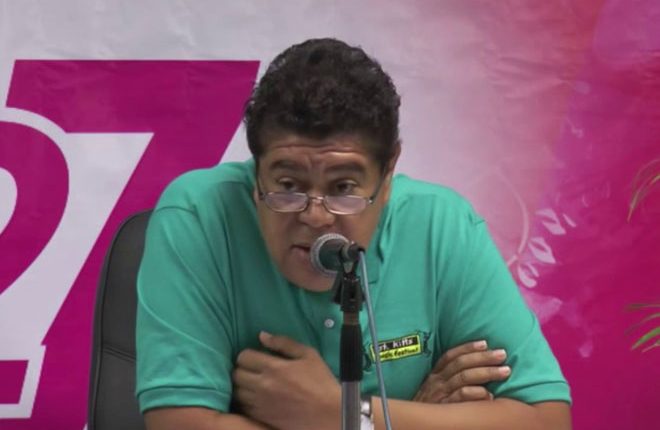 (ZIZ News) – The St. Kitts Music Festival, which is in its 19th year, is one of the longest running festivals in the Eastern Caribbean and one of the top five in the region.

Additionally, it remains one of the most affordable, that is according to Production Manager Adrian Lam.

“I did a bit of research in the last few days and just to remind you, our admission is still $100/US$40. Tobago Jazz, which is coming up shortly, next week, is EC$300 a night. The St. Lucia Jazz, the two premier nights they have on Pigeon Island, is EC$200 a night. We are still at EC$100 a night. I just want to point that out,” he stated.

Lam, who spoke during Thursday’s Media Launch, said while financial constraints hamper the artists they are able to attract, the standard remains high and on par with festivals in other countries.

He said, “Recently, while other festivals in the region have been cutting their production standards, I have argued that we keep ours or improve it and that has worked to our benefit in the last couple years. Our stage lighting and sound has improved every year since its inception in 1996 so we have remained a world class event, not just a standard in the Caribbean, but a wold class event. What you see in St. Kitts is equivalent and on par with anything in North America, Europe at this point in time.”