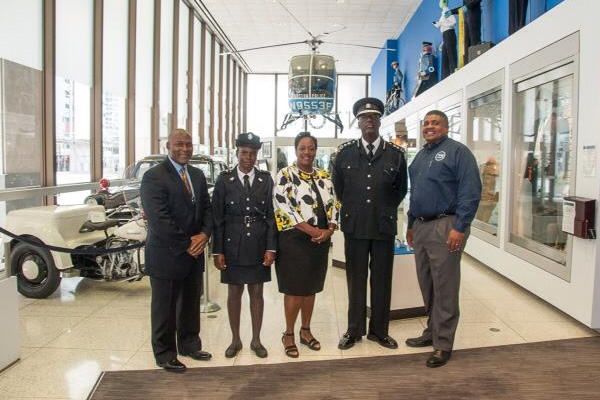 Basseterre, St. Kitts — Law enforcement in St. Kitts and Nevis will be strengthening efforts to bridge the gap between themselves and at risk youth and is preparing to introduce a new programme to achieve this.

Commissioner of Police Celvin G. Walwyn and Inspector Rosemarie Roberts recently participated in meetings with officials from the Houston Police Department in Texas, USA to explore partnerships between the two agencies. Of particular interest was the Teens and Police Service (TAPS) Academy. According to its official website, TAPS Academy places at risk teens and law enforcement personnel on equal footing and creates an environment that encourages sharing and problem solving. Specific areas covered over the 11 week programme include violence, physical and sexual abuse, domestic trafficking, sexual exploitation and bullying.

Commissioner Walwyn indicated that officers of the Royal St. Christopher and Nevis Police Force (RSCNPF) have welcomed initiatives including the Mentoring, Advising, Guiding, and Instructing Children (MAGIC) programme which have had positive results. He said the members are energized by the increased training opportunities, new equipment and improved community relations and are keen to consolidate on the many gains achieved over the past 34 months which resulted in an overall decrease of 40.8 percent in crime over that period.

Partnerships with law enforcement agencies have been important as well. While in Texas, the RSCNPF staff also met with counterparts from their sister agency Harris County Sherriff’s Office. The office has been instrumental in providing instructors to train police here. The meeting chaired by Chief Fred Brown discussed the ongoing relationship and ways to enhance support. The Sheriff’s Office pledged to continue the close collaboration with the RSCNPF.