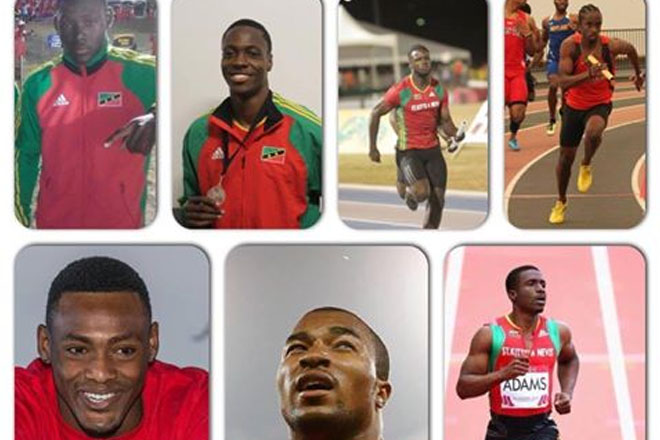 (ZIZ News) — The St. Kitts and Nevis relay team once again did the Federation proud, this time by earning an automatic bid for the 2016 Olympic Games in Rio de Janeiro.

Participating in last weekend’s IAAF/BTC World Relays in the Bahamas, the 4x100metre team placed third in their heat and sixth in the final behind the United States, Jamaica, Japan, Brazil and France.

St. Kitts and Nevis, represented by the quartet of Jason Rogers, Antoine Adams, Lestrod Roland and Brijesh Lawrence, clocked a time of 38.85 seconds.

In a post race interview, anchor for the 4x100metre relay team Antoine Adams said their main focus right now is to continue improving on their performances in that discipline ahead of next year’s Olympics.

The other athletes who represented St. Kitts and Nevis in the Bahamas were Allistar Clarke, Hakeem Huggins and Warren Hazel.