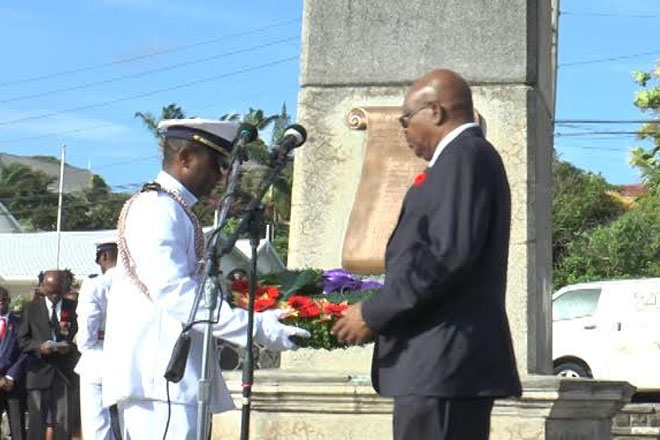 (ZIZ News) — Residents of St. Kitts and Nevis took time out on Sunday to pay tribute to nationals who fought and died in World Wars I and II.

The National Day of Remembrance was observed through a Wreath Laying Ceremony and Parade at the War Memorial.

Also attending the ceremony were other members of the Federal Cabinet and representatives of the Diplomatic Corps.

In presenting the “Ode to the Fallen”, Secretary of the Ex-Serviceman’s Legion, Samuel Nathan said the memories of the fallen will never die.

Among those laying wreaths were the Governor General, Prime Minister Harris, the British Representative, the Ex-Servicemen League, the Commander of the St. Kitts-Nevis Defence Force, the Acting Commissioner of Police and representatives of various uniformed bodies.