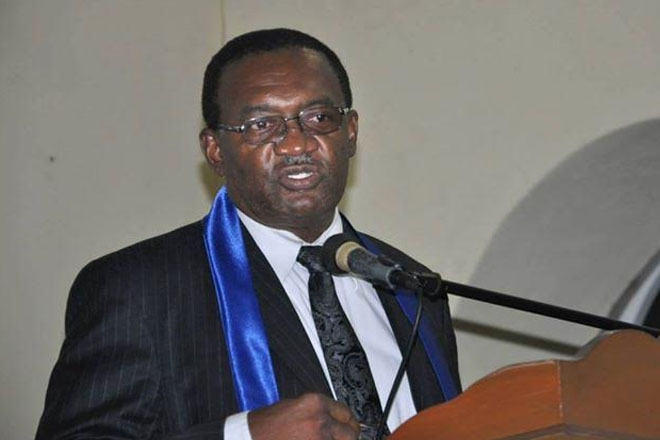 During a brief address to the congregation, Minister Hamilton said Diabetes cases are prevalent in St. Kitts and Nevis.

“The annual focus on Diabetes is appropriate because, as I said before, it is the third largest cause of mortality, death in our Federation and a similar situation exists across the region,” Hamilton said, adding that “In our Federation, an estimated 20 percent of adults or something like 5000 persons have Diabetes and additionally, somewhere between 15 and 20 children have been diagnosed with Diabetes.”

Noting that his government is more focused on preventive than curative measures, the Health Minister listed some of the initiatives that will soon be rolled out as it relates to Diabetes.

“In 2016 and beyond, attention would be paid to prevention and our resources would go towards those as well. The Ministry of Health will continue to invest tax dollars in our health centres and hospitals. Staff and resource them properly and as a result, we expect to spend at least in excess of $300 thousand on diabetes medicine alone next year,” the Minister stated.