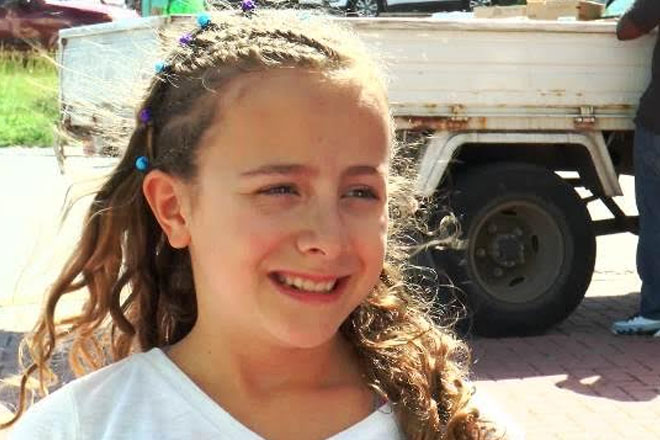 (ZIZ News) — Capri Everitt is travelling the world with her parents, Kerrie and Tom, and her brother, Bowen, to raise funds for orphan and abandoned children, through a charity called SOS Villages.

On Friday, ZIZ News caught up with the four member family on Port Zante where they were happy to share their story.

Mom Kerrie said, “As a family, we came up with this idea of travelling around the world to 80 countries where Capri would be singing the national anthem of each country in the national language of that country so 41 different languages.”

St. Kitts is the ninth stop on the tour which is expected to last nine months, getting the Everitt’s back to their home in Vancouver, Canada in August 2016.

Dad Tom said they had to make sacrifices to facilitate the trip but he’s satisfied that they’re doing something spectacular.

“We…take a year off, sold our cars, we rented out our house. If we can do that and travel around the world singing the national anthems with the children of each country and raising money for SOS Children’s Villages, we’re happy,” he said.

Capri’s 8-year old brother, Bowen also has a major role to play. He is responsible for uploading the videos of his sister’s performances to the World Wide Web. He told our reporter he’s “really happy” and hopes to “inspire people.”

The Everitt’s have since moved on to St. Maarten and Puerto Rico.