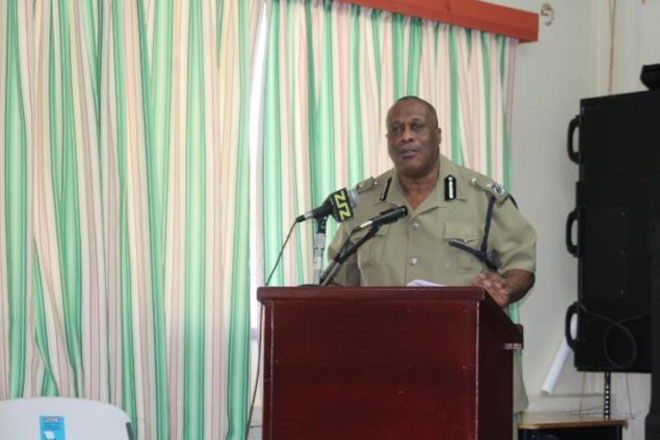 “I can judge it by the comments that you heard from officers and also too, we’re already changing some of our processes and some of our actions are being done differently,” he explained.

Advisor David King, who has been working with the police force since April, also thinks the partnership can benefit the local security organisation.

“I’m here working alongside the Violent Crime Unit,” he said noting that his background involved dealing with homicides and kidnapping in the Caribbean.

“I’ve been in Trinidad and Tobago for five and a half years prior to coming here and I was invited over by the Commissioner of Police to look at their systems and process within the police service, tackling the problem we’ve got with homicide,” he said.

King is not alone. While he focuses on dealing with homicides, his colleague deals with police operations.

“I go back to the UK and I come back here along with incoming Director Steve France Sargeant. Mr. France Sargeant is working with sort of the High Command of the police service to help them with their structures, systems and processes and their professional development systems and to provide training for staff within mainly the St. Christopher and Nevis Police Service,” he explained.

In addition to advising the police force on how to tackle crime, the Bramshill Policing Advisors have been conducting training exercises in St. Kitts-Nevis.