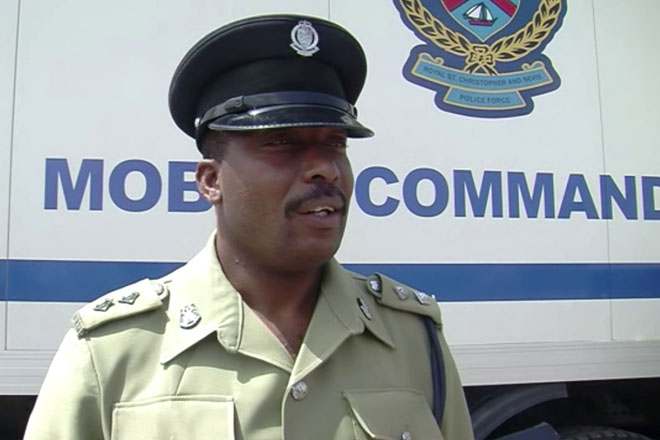 (ZIZ News) – The safety of the nation’s school children and staff is on the agenda of the Royal St. Christopher and Nevis Police Force, so says Police Press and Public Relations Officer, Inspector Lyndon David.

He said it is particularly important for children to know that they are safe.

“One would wonder why at this location. We know that there are schools that have many concerns and we want to give the schools a reassurance that they are not excluded from our plan. We know we have T.A.P.S. and also we have M.A.G.I.C in the schools. M.A.G.I.C is in the primary schools and T.A.P.S. in the high schools,” he explained.

Inspector David said the increased visibility of the mobile command unit is expected to aid in the police force’s recruitment drive.

“In some instances, we can park it in a location and we have our material there to distribute to persons who want to know more about the Royal St. Christopher and Nevis Police Force and how to be a police officer and we will certainly give them that assurance that there is career in policing. There is a career in policing and policing is something that they can consider in their career path,” David explained.

Several students toured the state of the art facility and learnt of its purpose from police officers who were on hand to answer their questions.