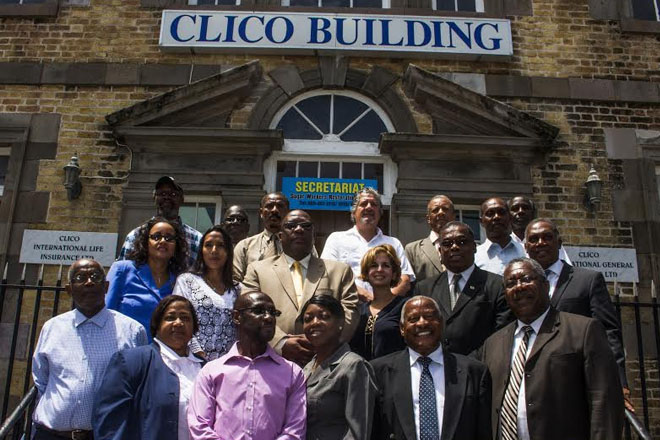 (ZIZ News) – Former employees of the St. Kitts Sugar Manufacturing Corporation [SSMC] are one step closer to receiving a gratuitous payment for their years of service to the country’s once booming sugar industry.

On Monday morning, Prime Minister, the Hon. Dr. Timothy Harris led the charge on his government’s behalf when he delivered the feature address at a ceremony to launch the Sugar Workers’ Restoration Fund [SWRF] Office.

He praised the committee, noting that they had been diligent in carrying out their duties. He added that the opening of the new office was symbolic in many ways.

“My friends and colleagues, citizens and residents, just two weeks after the celebration of Labour Day, we open this office at this convenient location, less than a stone’s throw from the historic Independence Square, on the landmark judicial and legal services complex named after a well known son of the soil, activist for workers rights, fairness, justice and jurists, Sir Lee Llewellyn Moore,” the Prime Minister told the gathering which included former sugar workers. “The opening of the office of the Sugar Workers Restoration Fund by this now baby three month old Team Unity administration which I have the honour and privilege to lead is a significant milestone, along the road to fairness and justice for the long aggrieved former sugar workers.”

Nevis’ Premier and the country’s Minister of Labour, Hon. Vance Amory welcomed the opening of the office during his remarks at the ceremony. He told those who had gathered that Nevis was also actively involved in sugar production.

He said, “What is important is that we must recognize that the labour, the hard work of the men and women who toiled in the sugar fields, actually carried the economy of St. Kitts and Nevis until 2005, when there was that closure.”

Osbert DeSuza chairs the SWRF Committee. He described the group as a special purpose committee that will ensure that the EC$16 million that was secured by the local government courtesy of the Bolivarian Republic of Venezuela, is paid to former SSMC workers “in a manner that is fair, accurate and transparent.”

He noted, “The committee intends to undertake its work cognizant of the fact that we have $16 million to distribute, and no more. The structure of the committee comprises of 17 experienced, well rounded, capable, qualified, willing, interesting, knowledgeable and hardworking individuals.”

The SWRF Committee comprises members of the Labour Department, Ministries of Finance and Agriculture, Social Security, the St. Kitts and Nevis Trades and Labour Union, the private sector, middle management of the SSMC, and persons within the legal profession.

DeSuza noted that there are four sub committees within the SWRF team. They are the Review, Research and Documentation Committee; the Criteria and Eligibility Committee; Accounts Committee; and the Public Relations Committee.