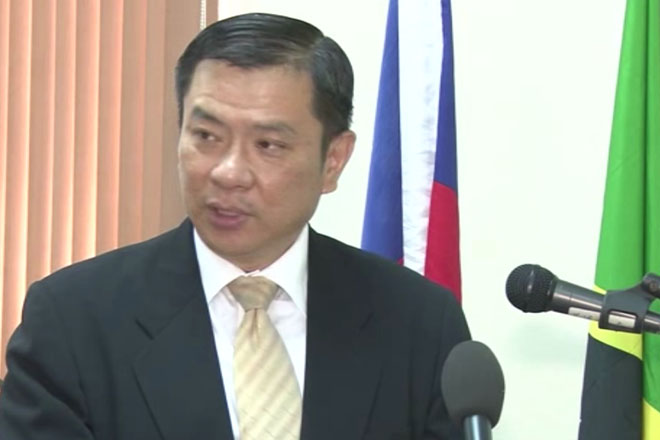 (ZIZ News) – The more than three decade long relationship between St. Kitts and Nevis and the Government of the Republic of China (Taiwan) continues to bear fruit as this week, several residents were trained in Hospital Information Systems.

He added that St. Kitts and Nevis is the first Caribbean country to collaborate with Taiwan in the field of Information and Communication Technology (ICT).

“Nowadays, with more than 40 percent of our website recommends the manufacturing industry, St. Kitts and Nevis has advanced to the top in the information technology field within the Eastern Caribbean region. For example, with introducing the Hospital Information System to the Joseph N. France General Hospital, St. Kitts and Nevis has become the first to deploy information technology to hospital in the Caribbean region and ensure its leading position,” he stated.

Ambassador Chiou said his government will facilitate nine capacity building classes as part of the ICT Project this year and added that five more classes will meet the needs of communication professional technicians in the country.

He said, “The ICT Project opens a variety of capacity building classes based on the recommendations from the Communications Department which the cooperation capacity building classes expedites the information technology exchange in the share of information technology developing experience in Taiwan which the Government and the people and the people of St. Kitts and Nevis.”

Shaniece Rawlins-Jackson is the Collections Manager at the JNF Hospital. Following the ceremony, she gave an overview of the training course.

“The course that we just did was about Microsoft SQL and crystal reporting,” she said. “Microsoft SQL basically is programming so we got to get training on the back end of the H.I.S. system, creating tables, fields, learning constraints and all that goes into the back end in a database. Then the second half of the program, we learnt crystal reporting which linked the database to a reporting software that allowed us to create reports from the different tables,” she continued.

The current training in Hospital Information Systems falls under the 2013-2018 ICT Cooperation Agreement between the Republic of China, Taiwan and St. Kitts and Nevis. The first agreement was signed in 2007 for the period 2007 to 2012.