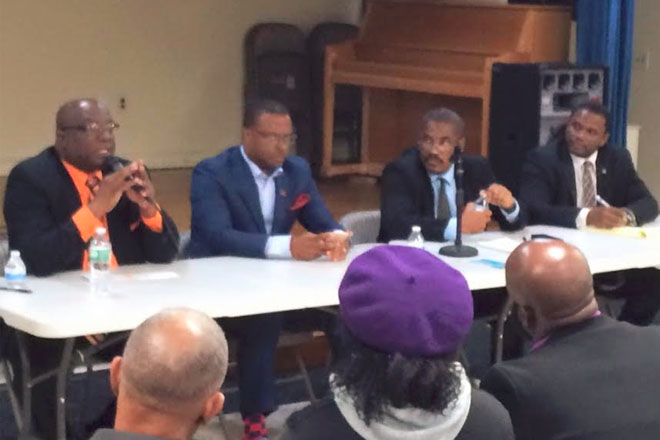 (ZIZ News) – Permanent Secretary in the Office of the Prime Minister, Osbert DeSuza said he is pleased with the level of interest that nationals abroad have been showing in the developments in St. Kitts and Nevis.

DeSuza accompanied Prime Minister Harris to New York for several engagements last week. Among them were meetings with nationals living there.

One of the big topics of discussion at a town hall meeting in the Bronx on Saturday night was the gratuities payout of former sugar industry workers.

“A number of persons who we met at the town hall meeting indicated that they had worked in the industry. One man I know indicated that he worked just up to five years before the industry closed and he was not able to receive payment in 2005. So he did apply and he hoped that this time around he will be able to get something,” DeSuza said shortly after their return to the Federation.

He said the attendees were also interested in basic healthcare developments in the Federation.

“I was able to advise the gathering that under the Basic Needs Trust Fund which I managed a few years ago, we were able to construct a new health centre in Brown Hill, one in Old Road, and as it stands right now, we are constructing a new Mental Health Day Treatment facility at Old Road,” he noted.

DeSuza also accompanied Prime Minister Harris at the United Nations meetings and the 32nd annual Independence dinner with nationals in the Diaspora.