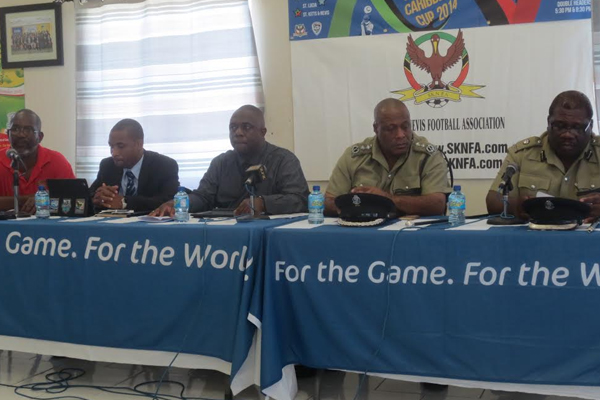 The Significance of the Caribbean Cup

During a press conference held on Tuesday, General Secretary of the CFU, Damian Hughes, told the media that this is a significant opportunity for the regional players as the winners will be playing teams from all across South America.

The officials have been dubbing the event “The World Cup of Caribbean Football”.

President of The St. Kitts-Nevis Football Association, Anthony Johnson said it is crucial that everyone goes out to support the teams.

”It’s important that our players be given the necessary support because this is really our World Cup. But more importantly it offers the opportunity for our players to go further. To go on to the Gold Cup. To go on to Copa America. This is the starting ground,” he said.

Teams from Guyana, St. Lucia and Dominica are in the Federation ready for the matches, which kick-off on Wednesday.