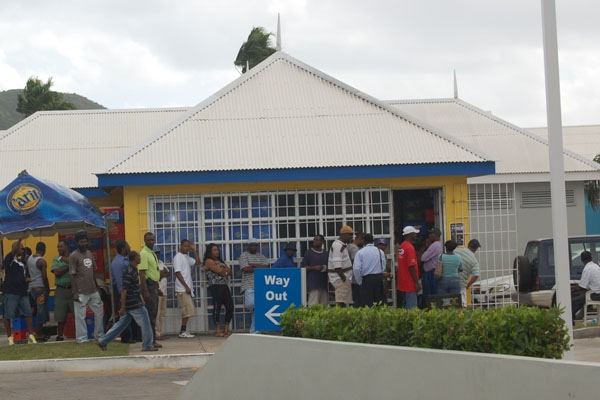 Basseterre, St. Kitts (CUOPM) — Thousands of Kittitians and Nevisians are expected to shop “till they drop’ on December 12th and 19th.

Those two days have been announced by St. Kitts and Nevis’ Prime Minister the Rt. Hon. Dr. Denzil L. Douglas during his weekly radio programme “Ask the Prime Minister” on Tuesday.

Prime Minister Douglas, who is also the Minister of Finance, noted during the programme that Christmas is not too far away and whenever Christmas is on the horizon, persons begin to start thinking about how best to manage the resources at their disposal.

He also noted that in 2010, St. Kitts and Nevis became one of the more-than-150 nations to have a Value Added Tax and in the intervening years, this Act has contributed significantly to the stabilization of the twin island Federation which has received nine highly positive reports from the International Monetary Fund (IMF).

“It is also true, however, that in recent years, because the Christmas Season is a season in which many individuals spend more than they normally would, the Government has authorised dramatic reductions in the Federation’s VAT rate on specially designated days.

“This year, the Government will be maintaining this tradition. And on Friday December 12th and Friday December 19th, the VAT in St. Kitts and Nevis will be reduced to 5%,” Prime Minister Douglas told thousands of listeners to ZIZ Radio, Choice FM, Kyss FM and Freedom FM.

The Prime Minister also noted that over the years, the public and businesses alike have enthusiastically welcomed these VAT-reduced days since these days resulted in savings for the public, and allowed businesses to generate more revenue than they otherwise would have.

“In light of this, I wanted to share the decision that Cabinet has taken regarding the VAT and Christmas, as early as possible,” said Prime Minister Douglas.