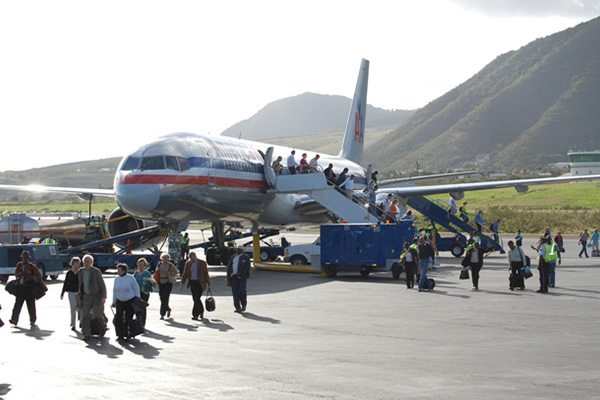 Tourism policy aimed at improving expenditure per capita by visitors

Basseterre, St. Kitts (CUOPM) – The Government of St. Kitts and Nevis continues to undertake the development of the Tourism Sector using policies carefully designed to ensure that the benefits of the improved performance redound into tangible benefits by stimulating entrepreneurial ventures within the various communities in the Federation.

Presenting the 2014 Budget Address in the St. Kitts and Nevis National Assembly Tuesday morning, Prime Minister the Right Hon. Dr. Denzil l. Douglas who is also the Minister of Finance said that the development of the sustainable tourism product has required that the emphasis no longer be the pursuit of mass tourism propelled by increased arrivals, but a concerted effort to improve expenditure per capita by visitors and optimise the value of the impact of each investment.

He noted that as a result of these efforts, St. Kitts and Nevis has become a premier island destination evidenced by our most recent accolade by USA News and World Report which ranks the nation fourth among the sixteen (16) Best Islands in the World after Santorini, Bora Bora and the Maldives.

“We are cognizant that the travel environment remains challenged as our source markets experience slow rates of growth and policy lethargy which will impact the employment potential and proportion of disposable income available for international travel. In light of this, it is vital that we incorporate the use of Tourism Satellite Accounting in order that we can adequately measure and monitor the development of the industry and its contribution to the Gross Domestic Product (GDP). To advance this process, my Government will commence the development of the Supply and Use Tables in 2014 which will inform the development of the Satellite Account in 2014,” said Dr. Douglas.

He told Parliamentarians and the Nation that the partnership established with American Airlines in 2004 has continued to prove beneficial with the most recent addition of two more non-stop flights from Miami since November 2013. These flights operate on Thursdays and Saturdays complementing the Friday and Sunday flights that were added in November 2012.

“This brings our weekly airlift from Miami to eleven (11) which includes a twice daily service from Thursday to Sunday weekly. In order to maximize the New York route, the direct flight from John F. Kennedy International Airport has been changed to allow for an afternoon departure on Wednesdays and Saturdays and returning on the Thursdayand Sunday mornings. This new schedule will further enhance the appeal of the destination to business, honeymoon and incentive travellers. US Airways has also shown its confidence in this destination and is scheduled to commence an additional flight in March 2014 which will arrive on Sundays,” said Prime Minister Douglas.

He said the Federal Government has continued to explore the possibilities to fill the void left by American Eagle on the route between the Federation and San Juan.

“In this regard, we are pleased that arrangements are now in place for Seaborne Airlines to commence a daily service in January 2014 from San Juan to St. Kitts and continuing on to Nevis. The addition of this new airline will open up a substantial number of new North American gateways for both islands because of the relationship it has established with American Airlines, JetBlue, and Delta. This new service will also expand airlift to and from the island of Nevis for visitors, citizens and residents,” said Dr. Douglas.

He said that despite the challenging economic environment St. Kitts and Nevis has been fortunate enough to continue to attract the interest of the regional and international traveller justifying significant investment in both public and private infrastructure.

“We are particularly pleased that our local and foreign investors continue to have confidence in this destination as evidenced by the number of resort and tourist related projects that have been rolled out during 2013,” said the Prime Minister and Minister of Finance.

He said work has commenced on the much anticipated construction of the Park Hyatt Hotel at Banana Bay and the Imperial Bay Beach and Golf Residences which will comprise of eighty-six (86) one-bedroom condominiums.

“The neighbouring KOI Resort and Residences has completed the site preparation phase and will shortly begin the first phase of construction. The Kittitian Hill Development has continued to progress and is scheduled to have a soft opening in the first quarter of 2014 with the completion of the three star Belmont Farm Hotel, thirty (30) cottages, fourteen (14) villas and a golf course. Kittitian Hill remains the best example of sustainable practices incorporated in the development process through the use of renewable energy technologies, the utilization of edible landscapes comprised of fruit trees and legumes and the use of excavated soil and rocks in the construction process,” said Prime Minister Douglas.

The Federal Government has also continued to encourage the participation of local investors in the development of all sectors within the localeconomy.

“Therefore, we were pleased to have the ground breaking and the commencement of work on the Golden Rock Commercial Park which is located adjacent to the Robert L. Bradshaw International Airport.

“This facility, once completed will include a boutique hotel, supermarket, restaurant and bar, amphitheatre and meeting rooms providing options to our visitors, citizens and residents. Two of our established small hotels, the Ocean Terrace Inn and the Frigate Bay Beach Resort will undertake extensive renovations and refurbishment to facilitate the modernization and expansion of their accommodations. Work will commence at the Ocean Terrace Inn in May 2014 with an implementation period of nine (9) months while work at the Frigate Bay Beach Resort commenced in November 2013 and is scheduled for completion during the third quarter of 2014. The improvement of these premier local hotels will further enhance the room stock available to all who desire a getaway thereby facilitating an expansion in services and increased employment opportunities. We look forward to the completion of these works,” said Prime Minister Douglas.

He noted that as the marketing and airlift capacity has improved an increase in inflows of passengers on a daily basis which has surpassed the capacity of the existing arrival hall.

“It is essential that we provide a comfortable environment for our passengers who enter the Robert L. Bradshaw International Airport. Therefore, the St. Christopher Air and Sea Ports Authority (SCASPA) recently undertook renovations to refurbish and expand that portion of the airport as part of its efforts to provide quality service to its customers,” said Dr. Douglas.