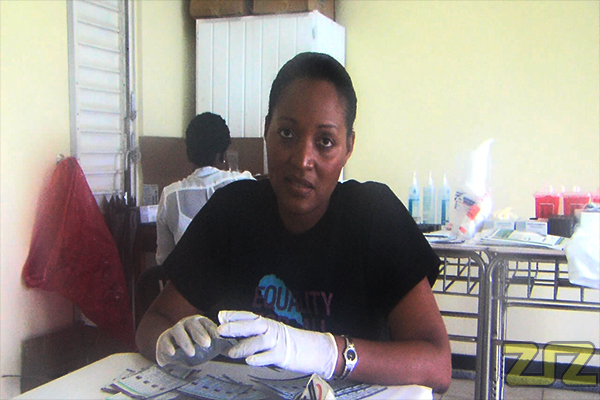 [ZIZ]–Health officials have been undergoing training this week in a faster method of testing for HIV.

It’s called True Rapid Testing and the sessions were organized by the Ministry of Health and the US Centre for Disease Control and Prevention.

According to National AIDS Programme Coordinator, Gardenia Destang-Richardson the true rapid testing will give results in less than an hour.

“In the past where we’ve provided HIV rapid testing, sometimes we’ve had a delay of waiting for an hour or sometimes an entire day and we want to be able to reduce that time to about 30 minutes. So we’ve been training persons with the support of the Centre for Disease Control and the Caribbean HIV-AIDS Alliance in becoming what we’ve dubbed “Point of Care Rapid Testers.”

The sessions, held at the University of the West Indies, covered how to conduct the test and included follow up assessments and promoting privacy and confidentiality.

The participants included nurses from various health centres, and lab technicians at public and private institutions.

The training began on Tuesday and wrapped up on Friday.