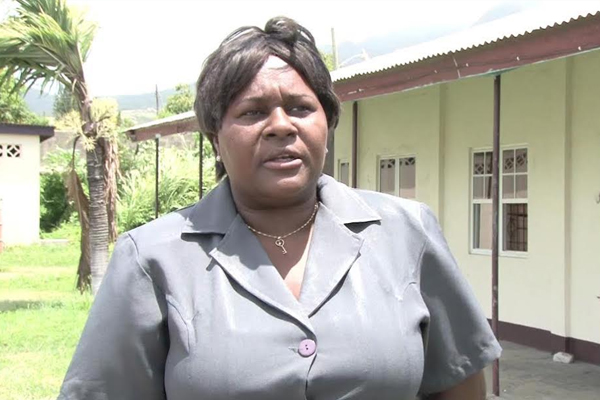 Basseterre, St. Kitts (SKNIS) — The Ministry of Social Development has made the application procedure for the Schools Uniform programme more convenient for parents and guardians by increasing the number of days in which they can apply.

Supervisor of Social Development Denise Byron-Morris explained that previously parents and guardians had one day to apply.

“Usually, what we did just after the second week of the third term, was have parents go to the school on one particular day, but this time we are extending it,” Mrs. Byron-Morris explained. “Sometimes parents would go to work in the morning when the notice comes on ZIZ Bulletin Board and other stations, so they would not know the day. So we are just trying to extend it for the convenience of everybody.”

As such, Zone 1 includes Deane Glasford, Beach Allen, and Tucker Clarke Primary Schools as well as Washington Archibald High School. Parents attending these schools can apply at the Newtown Community Centre on Wednesdays and Thursdays between 9:00 to 4:00 p.m. and on Tuesdays between 9:00 a.m. to 6:00 p.m.

Zone 2 consists Dr. William Connor and Irish Town Primary Schools as well as Basseterre High School. Parents of these children can go to the McKnight Community Centre on Mondays from 3:00 to 5:00 p.m. on Thursdays from 3:00 to 6:00 p.m.

Zone 5 includes Cayon, Violet Petty, Estridge and Joshua Obediah Primary Schools as well as the Cayon High School. These parents can go to the Cayon Community Centre on Tuesdays and Wednesdays from 3:00 to 6:00 p.m.

Mrs. Byron-Morris outlined that eligible applicants include parents whose wages are at the minimum wage level or who are unemployed. She also noted that there were also instances where additional persons would be allowed into the programme.

“When we work out the cost for a girl it is about $145.00 for the two sets of uniforms, which would be two tops and two bottoms,” Mrs. Byron Morris detailed. “The boys would be $125.00 so even though some parents might be getting a salary just above minimum wage, and there are five children in the household to outfit, it would cost them roughly $600.00 to $700.00 for the uniforms only. These persons can come as well.”

Applicants have to bring an electricity bill, a water bill going back no more than two months and a recent pay slip. Mrs. Byron Morris explained that the documents are necessary proof to verify that the information provided is accurate. She assured that such is carried out in other uniform programmes in Jamaica and Belize.

The Supervisor of Social Development also assured that individuals and families can qualify for more than one social service programme. She noted that persons who qualify for the Food Voucher programme automatically qualify for the uniform programme as long as there are school-aged children in the home. Mrs. Byron-Morris emphasized that each applicant is assessed on an individual basis. As such, if someone applies for the Medical Assistance Programme, and after assessment it is determined that they need additional assistance, they would be encouraged to apply for the Food Voucher programme as well.

Supervisor Byron-Morris explained why such a safety net for the less fortunate in society was necessary.

“The Government sees it as helping their citizens to better themselves,” Supervisor Morris emphasized. “You may say that it’s just a uniform but some children do not go to school because they don’t have the uniform, or without the SELF [Student Education Learning Fund] Programme they would not have the books. So the Government continues these programmes to assist the citizens, to ensure that our children get educated. If the children take the education and use it wisely, then they could use that to get out of poverty.”

The Uniform Programme is open for applications until July 31, 2014.