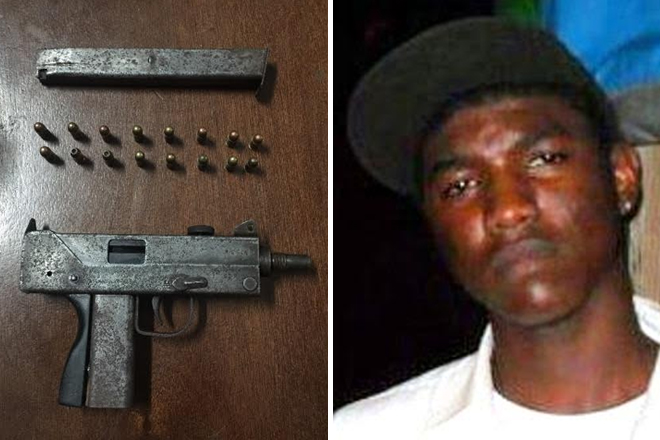 (ZIZ News) — Adrian Webster of Sandown Road, Newtown has been sentenced to three years, hard labour, at Her Majesty’s Prison, in connection with the January 3rd 2016 discovery of an illegal firearm.

Webster was one of two men in a vehicle with one M-12 automatic pistol and 16 rounds of ammunition when members of the security forces were carrying out a stop and search operation.

A police press release, issued Saturday morning [Jan. 9], stated that Webster took responsibility for the illegal firearm and as a result, the charges against the other occupant were withdrawn.

The release went on to say that Webster entered guilty pleas to the charges of Possession of a Firearm and Possession of Ammunition. He was sentenced to three years hard labour on each count, with the sentences to run concurrently.

Assistant Commissioner of Police with responsibility for Criminal Investigations Ian Queeley was quoted in the release as saying “this seizure and conviction should send a strong message that the police force will continue to be vigilant in our efforts to reduce crime and violent crime in our Federation”.