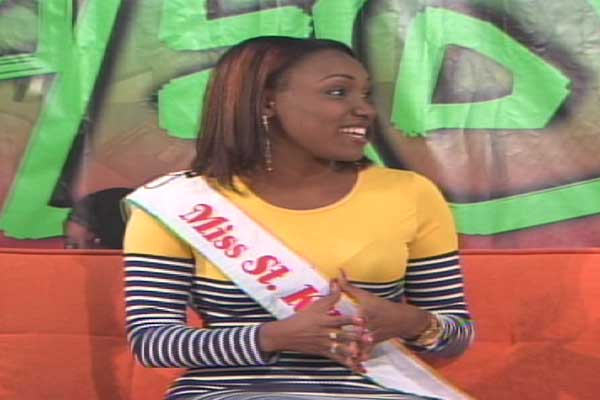 Morton is one of 12 Caribbean beauties competing in the pageant which is scheduled for Monday 4th August at the Nevis Cultural Complex.

Recently, she was featured as a guest on ZIZ’s The People’s Show where she spoke of her preparations for the pageant.

“When you have that many competitors you would have to commit something that is very unique, that is very you and you would have to portray that in the best possible way. I think that I’m ready. I think that I’m conscious, I’m disciplined. I have watched some of the girls perform before, some of the same girls that I’m going to compete against and that is something that is critical when you’re competing. You have to study your competition. I’ve done that as well and I think that I do have a little bit of talent so that should push me along very well.”

Morton also used the opportunity to invite the Kittitian community to the pageant.

“I think that we’re a very cultural people here in St. Kitts. We are very proud people and I am a true Kittitian. I was born here; I was raised here; I live for here and anytime I represent here and I represent myself, I plan to do it well. And you should come to the show because I have a treat in store for you and I’m sure that I would make you proud. I expect to see you there at the show. I expect you to be rooting for myself and our other hometown glory and we are hoping that between me and her we can bring it home for the federation.”