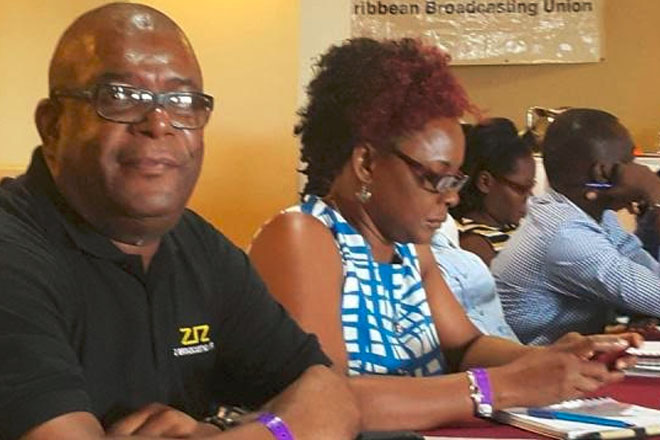 Sponsored by the OECS Commission-USAID, UNICEF Eastern Caribbean Area Office and UNDP Suriname, the workshop was implemented by the Caribbean Broadcasting Union in partnership with the Association of Caribbean Media Workers.

Commenting on the workshop, O’Garro said it was important for persons involved in broadcasting to attend noting that “it’s not only gonna be for our news reporters but our camera people…people who are doing programmes on the radio as well will we discussing child issues so that’s a major component to what we did in Antigua and I think that’s the critical part.”

Both O’Garro and Ward have expressed plans to share the information received with other media outlets in St. Kitts and Nevis. O’Garro said he had already contacted Clive Bacchus of the local media association to arrange for a presentation.

He said, “The plan is to update the document first of all. There is an existing document. The meeting in Antigua had to do with us coming up with additional ideas or enhancing the ideas that were already in the manual,” adding that “There were new ideas and there are some enhancements which will come. Once that is done, everyone has agreed to spread the word, not only within their media organisations but media groups in general in St. Kitts and Nevis of course.”