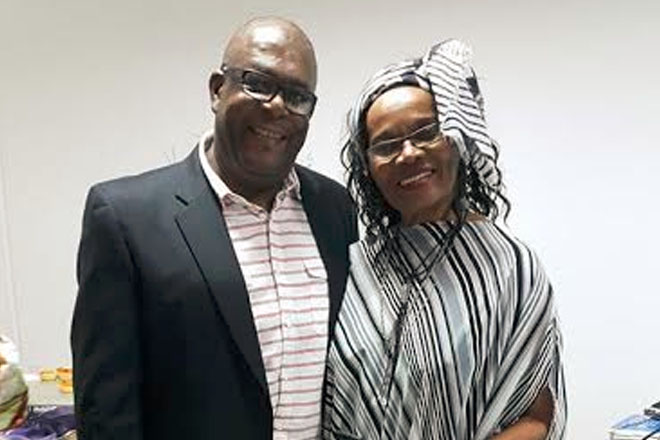 (ZIZ News) — When Grenada’s Prime Minister, Rt. Hon. Dr. Keith Mitchell spoke at Monday’s opening ceremony of the Caribbean Broadcasting Union’s Annual General Assembly, he encouraged media companies to be thorough in their work and not allow themselves to be influenced by persons deemed to be the elite in society.

While sharing his thoughts on Dr. Mitchell’s address, General Manager of ZIZ Broadcasting Corporation, Clement O’garro said his company was in line with the recommendations.

“Yes there are people who are not gonna like some of the stories that we do because they’re intimately involved. But if the facts are right, if we’ve got the details that’s more important than how the other person is gonna feel,” he said.

Meantime, Rose Willock OBE of ZJB Montserrat and the late Terrence Holder have been inducted into the CBU’s Hall of Fame.

The late Terry Holder was recognized as instrumental to the birth of the region’s first ever television news exchange, “Caribvision” as well as the regional television magazine, “Caribscope”. In the recount of his service to Caribbean media, it was highlighted that he was the only person ever to hold both the positions of President and Secretary General of the CBU.

Willock’s service to the region, especially in building capacity for emergency broadcasting, was highlighted in the citation read by Editor Emeritus of the Nation Newspaper, Mr. Harold Hoyte.

It was noted that her career had been marked by her time as head of the English service of Radio Antilles in the aftermath of the devastation by Hurricane Hugo in 1989, as well as her recognition on the Queen’s Honours Lists in 1986 and 1996 with an MBE and an OBE respectively.

These latest additions to the CBU Hall of Fame bring the total number of awardees to fourteen.